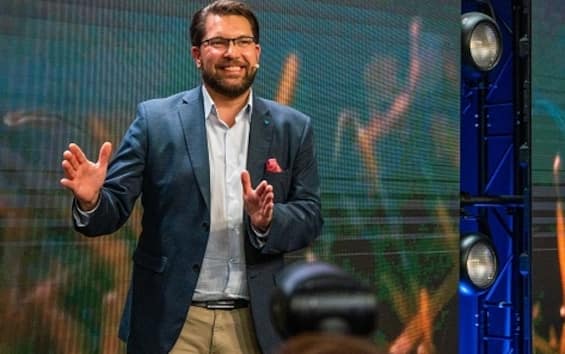 There is great anticipation in Sweden for the final result of the political elections that took place on Sunday. With 94% of the votes scrutinized, the center right has a slight advantage. For the definitive outcome it will be necessary to wait a few more days. On Wednesday, all the votes of overseas residents who tip the scales will be counted.

The situation still hangs in the balance

The social democrats of outgoing premier Magdalena Andersson, center-left, remain the first party with 30.5%, but overall the political forces of her coalition fared worse than their opponents. On the right, the Swedish Democrats, with 20.7%, snatch the leadership of the conservative bloc from the moderates, down to 19%.

Projection on the seats

At the moment there is a gap of only 50,000 votes between the two main camps, center-right and center-left. Based on the preliminary results, the center-left, initially given the lead, would currently count 173 MPs out of 349, against the 176 assigned to the center-right who will most likely have to choose the next head of government.

The most striking result is that of the far right

With around 20 per cent of the vote, the far-right formation of the Swedish Democrats is the second most voted party in Sweden. This is thanks to the change process implemented by the leader Jimmie Akesson. 40 years old, flawless appearance, in 17 years of politics Akersoon has transformed a far-right movement, known as “Keep Sweden Swedish”, into a nationalist party. Starting with the party logo: he deleted the image of the blue and yellow torch linked to fascism and neo-Nazism and replaced it with a flower; he expelled part of the most radical components of the party; in 2012 it announced a zero tolerance policy against racism.