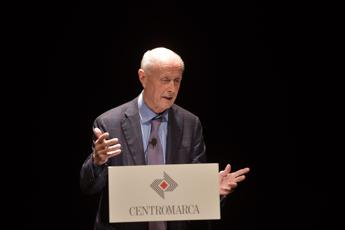 “Despite the difficult economic situation, last year the Italian brand industries managed to establish themselves, allowing the country to achieve a great growth performance”. This was stated by the president of Centro Democratico and undersecretary to the presidency with responsibility for economic planning and coordination, Bruno Tabacci, on the sidelines of the conference organized in Milan by Centromarca.


“Today – Tabacci points out – even in the face of adversities, which are partly a consequence of the war as well as gas speculation, it is clear that this sector remains one of the great strengths of our country”. After all, observes Tabacci, considering the international scenario and the timing of a possible resolution of the crisis, particular attention must be paid to him: “After Putin’s invasion of Ukraine, nothing will be the same again; all actions aimed at freeing us from gas Russian will be absolutely necessary and dutiful “. Then “we all hope that this war will end, but as Draghi said, not on the condition that Putin initially envisioned, of enlarging the Tsar’s empire”. Because “this way you don’t go anywhere, but you throw the whole world up in the air”.