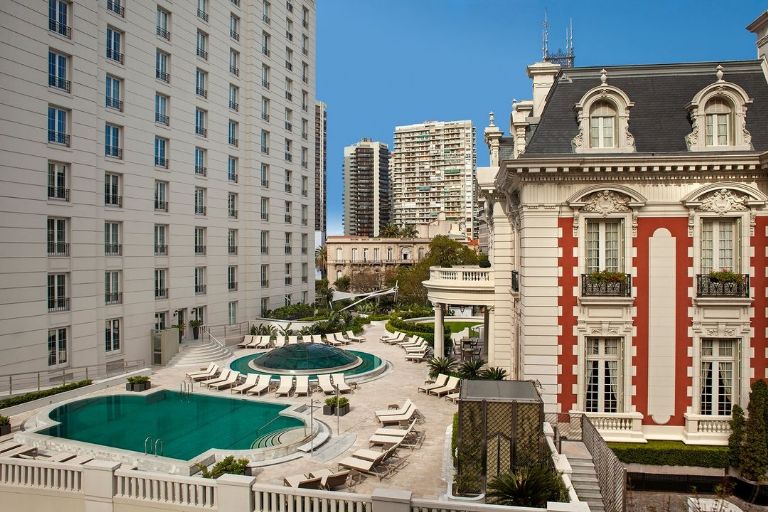 Daniela Aranguiz was visiting Argentina for this Christmas. Jorge Valdivia’s ex-wife and mother of two children traveled from Chile to spend Christmas in the neighboring country. However, she did not post on her Instagram the typical photos that one would imagine for these dates. While all the show business posted her family dinners, the gifts, the fun of her children, Aranguiz showed the luxurious hotel where she stayed, solitary photos and her luxurious outfits.

The influencer chose as her hotel in Buenos Aires one of the most expensive and luxurious in the city. Its about four seasons. On its website the hotel is described as: “European elegance with a uniquely Argentine touch.” In addition, among the description prepared by the Four Season Hotel, to attract its clients, it says: “Located in the exclusive neighborhood of La Recoleta, Four Seasons combines an early 20th century mansion and a contemporary tower, resulting in the best of modern comforts with European-style glamour. Gather with colleagues and friends for cocktails at Pony Line and dry-aged steaks at Elena, or enjoy a Buenos Aires tradition – Sunday barbecue – in our secret garden.”

Clearly Daniela Aranguiz She allowed herself to be won over by the experience of this luxurious space, and that is how she posted two photos where she can be seen, firstly in front of the lavish Christmas tree in the hotel hall, and in another in a living room. In both with long and gala dresses. The fact: one night in a normal hotel room costs 950 UDS.

However, the publications did not go down very well with his followers who expected something with more Christmas spirit. Daniela Aranguiz He wished Merry Christmas as follows: “Merry Christmas world that today is a beautiful good night that you are with your families and that all your dreams come true ????”

But malicious comments against Daniela Aranguiz They did not take long to arrive, here some: “Do you always have to show off so much??? I think your idea is to feel above your pseudo-rivals! That is not the meaning of Christmas, the important thing is what money does not buy Anyway, if you feel happy with that, it will be!!!”; “What do you get if you’re not happy”. Some were angry about the situation that Chile was experiencing as a result of the fires: “While she hosts wealth, many people lost their homes and everything in the fires. A little more empathy.” However, he also got the support of some followers: “Many hate or envy you because you are authentic… and with the 3 R’s??????”