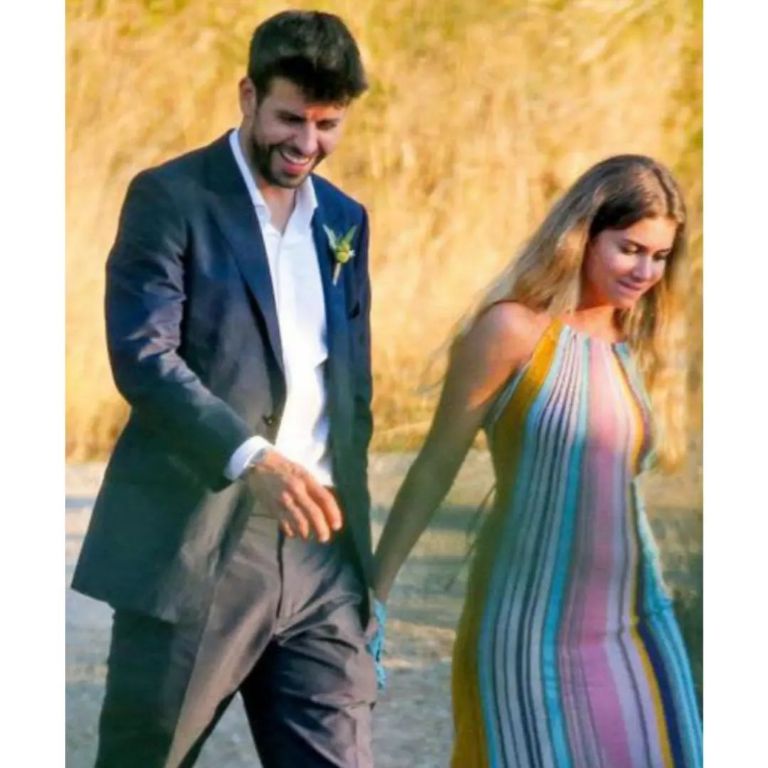 the young spanish Clara Chia Marti She has been at the center of controversy since it became known that she is the new girlfriend of the Catalan soccer player Gerard Piqué and that she was the third in discord when he ended his relationship with Shakira just two months ago.

The truth is that last month Gerard Piqué was seen with Clara Chia Marti at a wedding and there he made it clear that things are serious. The soccer player wore a white shirt, black pants and a jacket, although she avoided the tie, but she wore a long striped and colored dress that was highly criticized by fashion experts.

More than one pointed out that Clara Chia Marti she doesn’t have good taste for fashion and that the dress she chose and that she combined with sandals and with her hair loose in the wind was not the right one for the wedding of a friend of her boyfriend but rather for a summer day at the beach.

But far from being just any garment, the dress worn by the bride of Gerard Piqué In his only public event with his partner, he is worth around 800 dollars and is from the Italian firm Missoni. This company manufactures handmade garments, so the press has gone through a selective process before reaching its owner.

Since the face of the new girlfriend of Pique, Internet users have not stopped pointing out on the network that she has an enormous physical resemblance to Shakira. Her height, her hair and some of her features are similar to those of the singer and they assure that that is why the player noticed her.