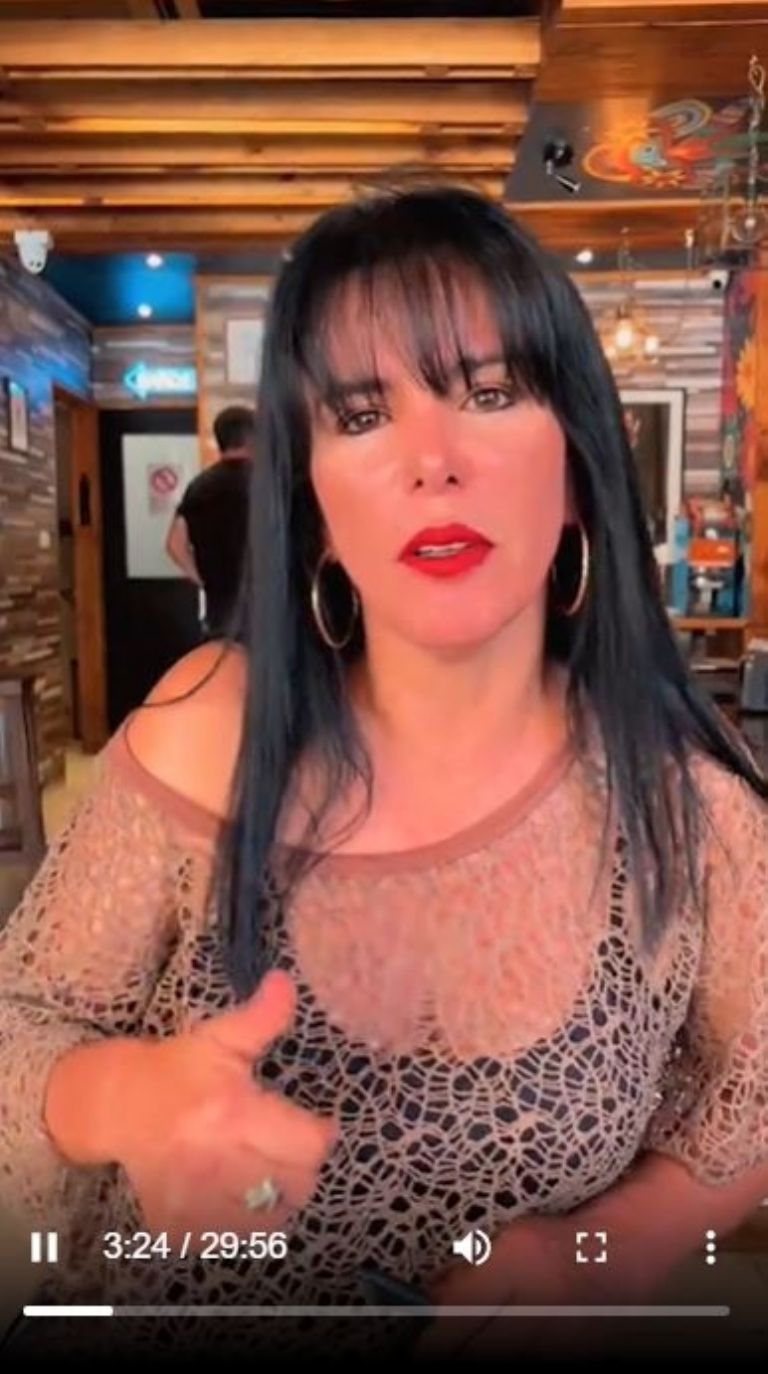 The rivalry between Anita Alvaradoknown as the geisha and Daniela Aranguiz, It is already common currency. When the waters seem to calm down, something always happens. On this occasion, Anita did a live on Instagram where she said that she had already taken action on the matter, and filed a legal action against Arángaluiz.

on sunday afternoon Anita Alvarado He spoke to his followers on Instagram to update them on the latest news on the Aránguiz issue. The geisha filed a complaint against Aránguiz for insults and slander, the whole story began when Daniela years ago made a publication against Anita’s daughter, Angie Alvarado. In this live Anita also revealed what she would do with the money if she wins the lawsuit against Daniela Aranguiz.

Anita assured that she will go to the last instance, doing what is necessary to obtain justice after Daniela’s statements. “The staff of my lawyers have already filed the first complaints of several more complaints that are coming these days (…) here there is more than one responsible because the channel also has to respond, not only because of what the space talked about me , but also what they said about my daughter, ”Anita assured in her live.

“You just have to admit and say ‘actually I got angry, it made me angry, I felt like I was hit with a iron on the head and I started to invent stupid things and I started to lie.’ Because we have not received a peso from any of you, ever, “he continued saying. Anita Alvarado in a forceful way and added a new threat “if you do not apologize publicly, clarifying that you lied, we will go for the civil lawsuit for you and for the channel.”

The money that Anita could obtain from winning the trial made it clear that she will use it for a noble cause: “All that money will go to the people of Viña del Mar who lost their homes. All that money is going to go there, ”she promised live. For now, Daniela Aranguiz, the other part of this contest has not yet been expressed.