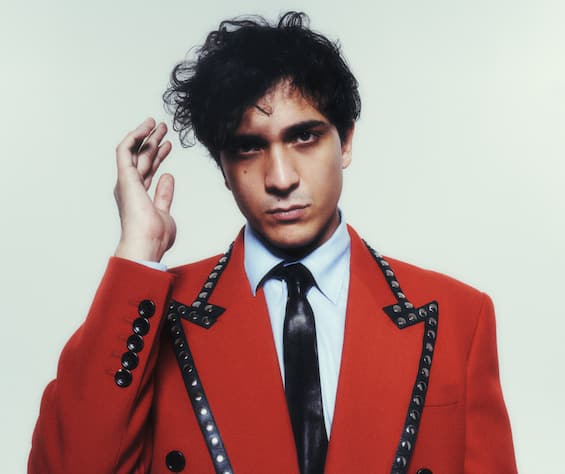 After the sold out date of Tananai at the Fabrique in Milan and the announcement of the move to the Mediolanum Forum, the live at the Atlantico Live in Rome scheduled for Saturday 6 May 2023 is also sold out and moves to a building: the singer-songwriter will exhibit, on the same date of 6 May, at the Palazzo dello Sport. Previously purchased tickets remain valid for the new venue. Tickets for the live show at the Palazzo dello Sport are already on presale on Ticketone and in the usual points of sale.

After the appointment next February 2023 on the stage of the Ariston Theater, where Tananai will compete at the 73rd Sanremo Festival, the RAVE, ECLISSI LIVE 2023 tour, produced by Friends and Partners, will be an opportunity for the artist to finally play live the songs contained in “RAVE, ECLISSI”, his first unreleased album available from 25 November 2022. Starting from Friday 5 May 2023, the artist will tread the stage of the Casa della Musica in Naples, and then continue at the Palazzo dello Sport in Rome on Saturday 6 May (previously at Atlantico Live – sold out), excite your audience at the Mediolanum Forum in Milan on Monday 8 May (previously at the Fabrique on 18 May – sold out), continuing on Wednesday 10 May at the Tuscany Hall in Florence, until the last appointment in Padua, Saturday 13 May at the Gran Teatro Geox. For more information: www.friendsandpartners.it.

Love, insecurities, repentance, the desire to celebrate the beautiful experiences of life and to have fun, but also the desire to bare one’s fragility are just some of the main themes that live in union and antithesis in the 15 tracks that make up “RAVE, ECLISSI”, album produced by Tananai himself with the artistic direction of Stefano Clessi and the co-production in some tracks by Simonetta (Davide Simonetta). The disc contains the already known and appreciated by audiences and critics “ABISSALE” (gold disc), “PASTA”, “SESSO OCCASIONALE” (double platinum disc), “ESAGERATA”, “MALEDUCAZIONE” and the hit “BABY GODDAMN ” (triple platinum and 4th most listened to song in Italy in 2022 on Spotify).