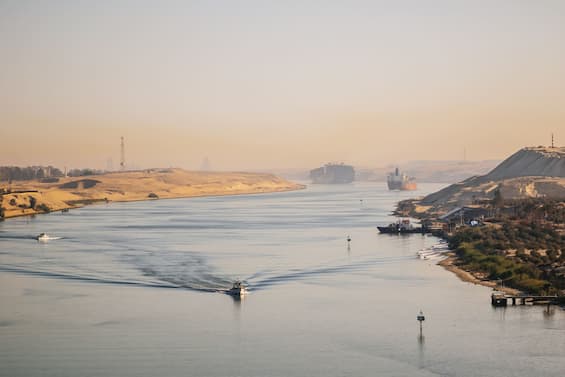 A Singapore-flagged oil tanker blocked the Suez Canal for about 20 minutes, leading to fears of an interruption in maritime traffic similar to the one that occurred in early 2021, when the Ever Given accident caused the route to be blocked with enormous economic damage. This time the ship was cleared quickly and traffic resumed smoothly. The Suez Canal Authority reported the incident. “Traffic has been restored and the Affinity V tanker has been successfully refloated,” shortly after midnight, the Suez Canal Authority announced, adding that “the canal’s rescue services have intervened in an operation. which mobilized more than five towing vehicles “.

Maritime traffic has been restored

The cause is due to a “technical failure at the rudder level which led to the loss of control of the ship”. The Affinity V oil tanker “ran aground in the Suez Canal at 7.15pm,” a security source told AFP, adding that maritime traffic was restored after “a short period of time”. The canal is one of the busiest shipping routes in world trade. According to the specialized site Vessel Finder, the tanker is now on its way to the Saudi port of Yanbu.