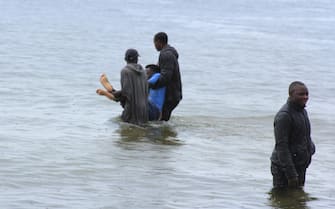 A airplane line of the company Precision Air with on board 53 people ended up in the largest African reservoir, a few minutes after arrival, apparently due to bad weather, in fact, a storm and heavy rain they whipped the area

He had started from Dar es Salaam, the state capital. On board 53 people49 were passengers while 4 crew members, two pilots and two flight attendants

China, plane crashed: one of the black boxes found

“Twenty-six people they were taken to the hospital, ”said ithe regional commissioner Albert Chalamila. “The rescue operation is still in progress and we are communicating with the pilots, ”he said again, adding that the plane was a ATR-42produced by the Italian-French company Atr

A little before plunging the plane was trying to land at Bukoba International Airport, he explained to Dpa the director of the civil aviation authority of Tanzania Hamza Johari

Precision Airthe largest private airline in the Tanzania, issued a brief statement confirming the incident. “The rescue team was sent on the spot, ”he communicated among other things the company

Rescuers they tried to lift the plane out of the water using ropes, assisted by cranes, while local residents also tried to contribute to relief efforts. Commenting on the incident, the president Samia Suluhu Hassan he asked about Twitter to “continue to be calm as the rescue operations go on and we pray to God to help us”