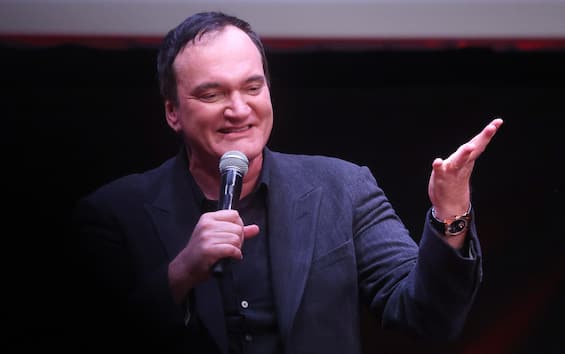 Quentin Tarantino is no stranger to the outsourcing of titles he claims are the best in the history of cinema and television. Recently the director of Pulp Fiction, Jackie Brown, Django Unchained And Once upon a time in… Hollywood offered his own personal Top Seven of film titles he thought were flawless. A list in which, despite the number, it does not appear however SevenDavid Fincher’s 1995 film …

The Knoxville director has listed seven works of the seventh art he thinks are “perfect,” citing films he deems “unassailable,” including horror titles, comedies and science fiction films.
His speech dates back to Thursday, October 27, when Quentin Tarantino appeared at the Jimmy Kimmel Live.

Do not open that door, the “perfect” film par excellence according to Tarantino

The director of pulp Fiction recently stated that The Texas Chainsaw Massacre from 1974 is one of Hollywood’s only “perfect” films. We are talking about the famous low-cost independent horror film that in Italy has been translated as Don’t open that doora, directed by Tobe Hooper.

Before reiterating it during the guest on the famous American TV show Jimmy Kimmel LiveTarantino made the same claim in his new book entitled Cinema Speculationcurrently only available in the English version (published by Harper Collins).
This claim was questioned by the show’s host, Jimmy Kimmel, who then asked the director to name any film he would classify as untouchable.
At that point Quentin Tarantino, 59, replied: “Well, there aren’t many. This thing complains about the fact that the form of film art is difficult.”

The films incensed by Tarantino

Tarantino went on to explain that his seven “perfect” films may not be the perfect films according to others, and that people should accept that everyone has their favorites.

He then revealed other films that made it into his top seven: The shark (1975), The exorcist (1973), Me and Annie (Annie Hall1977), Frankenstein Junior (1974) and Back to the Future (1985).
Then he added another name to the list, Sam Peckinpah’s 1969 western, The wild bunch (The Wild Bunch). The director added that it wasn’t technically a “perfect” film, but it was “so unassailable” that it had to be on the list.

The director also responded to Kanye West’s claim that Tarantino would steal the idea for Django Unchained to the rapper. He dismissed the Chicago rapper’s charge by telling Kimmel that “there is (no) truth to the fact” that Kanye West came up with the idea for the film.