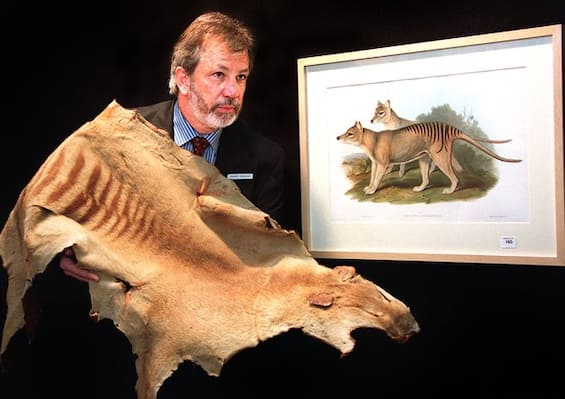 Bringing back to life an animal now extinct for nearly 100 years, the Tasmanian tiger, is an experiment never attempted before, strongly supported by scientists at the University of Melbourne. The ambitious project will leverage advances in genetics, ancient DNA recovery and artificial reproduction. “We strongly argue that our biodiversity must first be protected from further extinctions, but unfortunately we are not seeing a slowdown in species loss, on the contrary,” said Andrew Pask, professor at the University of Melbourne and head of his Thylacine. Integrated Genetic Restoration Research Lab, which is leading the initiative. “This technology offers the potential to solve the problem and could be applied in exceptional circumstances when fundamental species have been lost,” he added. The project is a collaboration with Colossal Biosciences, founded by tech entrepreneur Ben Lamm and Harvard Medical School geneticist George Church, who are working on an equally ambitious, if not bolder, $ 15 million project to bring back the mammoth. woolly in an altered form.

The project involves several complicated steps that incorporate cutting-edge science and technology, such as gene editing and the construction of artificial uteri. First, the team will construct a detailed genome of the extinct animal and compare it to that of its closest living relative – a carnivorous, mouse-sized marsupial called the fat-tailed dunnart – to identify the differences. The team hasn’t set a timeline for the project, but Lamm said he expects faster progress than to bring back the woolly mammoth, since elephants have a much longer gestation than dunnarts. The techniques could also help living marsupials, such as the Tasmanian devil, avoid the fate of thylacine as they grapple with escalating forest fires due to the climate crisis.