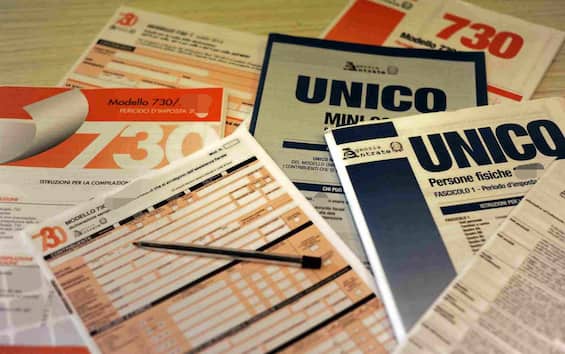 The government aims to reorder the whole system to reduce taxes. An ambitious project for which a lot of money is needed. This is why there is talk of revising discounts and incentives: there are 740 and they are worth over 120 billion a year. Some bonuses are very popular, let’s think of those for home renovations, little or nothing is known about others. Touching the most used ones risks raising protests

The tax reform revs up its engines. An organic review, the government has in mind, from the still uncertain times, which ranges from tax processes to tax reduction. As regards the taxes that weigh on workers and pensioners, the idea is to bring the Irpef levels from four to three, with the aim over the years of arriving at a sort of flat tax (therefore dry tax) as for VAT numbers. In between, a more robust cut (from 3 to 5 percent) of the tax wedge, to make employees’ pay packets heavier.

But it takes a lot of resources. This is why the cut in tax rebates (tax expenditure) was dusted off to finance this reform. A jungle of bonuses that lowers the burden of taxes for millions of Italians and which, obviously, reduces revenue for the State: in 2022 they cost over 128.6 billion euros in terms of lower revenues for the Treasury, the equivalent of four manoeuvres, like the last one approved.

The labyrinth of concessions

Entering this universe of concessions is like wandering in a labyrinth: there are 740 in total, continuously increasing in recent years (+21.3% from 2016 to today), thanks to the pandemic but also buffer interventions. They range from the most popular discounts, such as those for home renovations or for drugs, to niche ones for categories so narrow that they are used by fewer than ten taxpayers a year.

There is, for example, the tax exemption for small beekeepers in the mountains and the one for having, in particular cases, a pistol for personal defense, up to the exemption (since 1972) of VAT (500,000 euros a year). for the “barracellari”, an ancient body of security guards who in Sardinia help the forces of order in the countryside. According to the latest report by the Ministry of the Economy, more than half of the subsidies have costs of less than 10 million euros, have no effects or cannot be quantified.

Whoever touches the bonuses gets burned

Giving a robust reduction to this babel of discounts is a titanic operation and, moreover, not very attractive for politics. But if a widely used discount is completely canceled (think of the subsidy on fuel for truck drivers) the directly concerned will protest loudly.