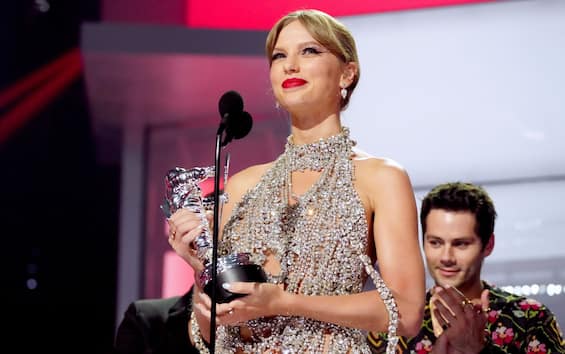 Taylor Swift confirms herself among the most awarded songwriters in the history of music. Remembering all the awards you have been given would take a long time, in chronological order the last award you received was the MTV Video Music Awards for the video of All Too Well lasting about 10 minutes. Going on stage to receive yet another award, Taylor Swift gave a very welcome surprise to her fans.

On 21 October it comes out Midnights

Taylor Swift has stated that her new album titled will be released next Friday, October 21st Midnights which, just to resume the name of the disc, will be available starting from midnight. As can be seen from a post published by the artist on Instagram, where Midnights is described as “a collection of music written in the middle of the night, a journey through fears and sweet dreams”, it will be divided into two parts: one consisting of 6 tracks and a second from remaining 7. During the award ceremony, Taylor Swift revealed that she had waited for the award ceremony specifically to unveil the new album, just to surprise her fans who have contributed in an essential way to winning her latest MTV Video Music Awards. Continuing with her thanks, Taylor Swift was proud of the many nominations addressed to women and, finally, she said she was “honored to have won an award belonging to an extraordinary category that in the past has seen illustrious artists triumph”.

With MidnightsTaylor Swift will touch the double figure of the album reaching 10. The first album dates back to 2006 and bears her name, then to follow the singer-songwriter has published Fearless (2008), Speak Now (2010), Red (2012), 1989 (2014), Reputation (2017), Lover (2019), Folklore (2020) ed Evermore (2020). Among the most influential people on the planet, the prestigious Time included it twice (in 2010 and 2015) among the 100 most important celebrities. In 2016 she was posted by Forbes in 1st place as the highest paid artist with 170 million dollars, estimating its wealth at over 280 million dollars in 2017. In addition to a splendid career as a singer, Taylor Swift is dedicated to cinema. She debuted in 2009 with a small part in Hannah Montana – The Movie and on November 3, 2022 (released in Italy) we will see it again on the big screen in Amsterdam next to Christian Bale, Zoe Saldana, Margot Robbie, Chris Rock, Remi Malek, Robert De Niro and Anya Taylor-Joy.