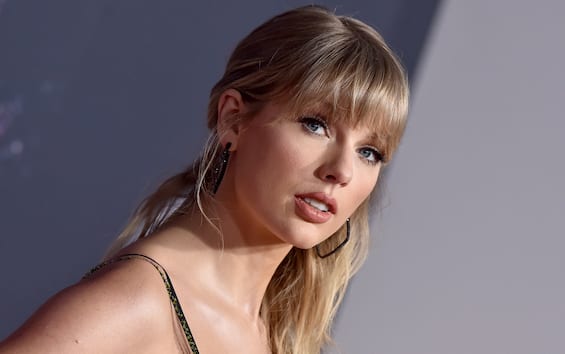 Taylor Swift was heard in court on charges of plagiarism that the authors of the song dated 2000 entitled “Playas Gon ‘Play” by 3LW have moved to the pop star. The aforementioned authors (who are called Sean Hall and Nathan Butler) argue that the American singer-songwriter has not respected the copyright of the lyrics of their piece, copying a verse in her 2014 hit “Shake it off”, the pioneering single of her fifth album in study, that is 1989.

For her part, Swift defended herself with a sword, saying that the lyrics were written entirely by her. The star put it in the following words in an affidavit filed in court Monday: “Until I learned of the plaintiffs ‘request in 2017, I had never heard the song Playas Gon’ Play and had never heard of that. song or group 3LW ”,.

The star defended herself by saying that she was the only author of her 2014 success, thus replying to the cause that insinuates that the diva voluntarily plagiarized the lyrics of the song released in 2000, that of the 3LW female group.

“The lyrics of Shake It Off were written entirely by me, “Swift said in her affidavit on Aug. 8.” Until I learned of the plaintiffs ‘request in 2017, I had never heard the song’ Playas Gon ‘Play’ and had never heard of that song or the 3LW group. “

If you don’t think of the song “Playas Gon ‘Play” by 3LW, we propose it in the official video clip that you find at the bottom of this article (which after this accusation against the very famous Taylor Swift, currently has over 15 million views on YouTube) .

The copyright lawsuit filed in 2017

The charge was dismissed in 2018, with a judge then commenting that the texts were “too mundane” to be copied. However, an appeal request made in 2021 caused the case to be reopened, and this time the appeal commission thinks differently than the first judge who dismissed everything a bit as if they were asylum skirmishes Mariuccia, so to speak.

Swift’s request to dismiss the case was denied

In December 2021, a judge rejected Swift’s request to dismiss the case, citing “sufficient objective similarities” between the two songs for a jury to resolve the matter.

“Our clients are finally getting closer to the justice they deserve so much,” prosecutor Marina Bogorad said last December. ed)… Is particularly gratifying to them because it reinforces the idea that their creativity and unique expression cannot be unduly stolen without any punishment, ”the lawyer added after the judge refused to dismiss the case, as requested by Taylor Swift.

In her motion, the pop star stated that in writing the lyrics she would draw in part “from the experiences of my life and, in particular, the relentless public scrutiny of my personal life, the reporting of ‘clickbait’, public manipulation and ad other forms of negative personal criticism that I have learned to shake off to focus on my music ”, these are the words of Swift.

After debuting as a country artist, the American singer-songwriter became a mainstream pop star as soon as her 2012 album, entitled “Red”, was released, which “brought with it intense tabloid speculation about her personal and romantic life”, such as emphasizes the British journalist Laura Snapes on a recent article appeared in the Guardian.

In her affidavit, Taylor Swift goes on to say, “With Shake It OffI wanted to provide a comic and inspiring approach to help people feel better about negative criticism through music, dance and personal independence that allows you to shake off negative criticism. “

The lyrics also drew inspiration from what she called “commonly heard phrases and comments” throughout her life, including “the players will play” and “the haters will hate” (ie “playas gonna play” and “haters gonna hate” , in the English original) whose awareness went back to his days at school.

He denied the possibility of having heard the song 3LW (“which reached 81st place on the charts of Billboard in the United States ”, as the British newspaper points out The Guardian, without wanting to insinuate anything but for the record: we are talking about a song that in the early 2000s was popular in the USA).

But the artist explains in this way the possibility of not knowing that hit: she claimed that her parents did not allow her to watch Total Request Live on MTV until she was “about 13.” The 3LW hit first appeared on an album in 2000, when Swift was 10. Deductions from Lady in Yellow, in short.

The testimony of Taylor Swift’s mother

His mother, Andrea Swift, also filed a statement saying she “carefully monitor both television and [Swift] she watched both the music she listened to, “as well as the shared home computer.” As a young man Taylor did not go to sleepovers at friends’ houses because we lived on a farm until she was 10 and I always preferred friends to come over. our house, ”added the pop star’s mother.

In the new motion, Swift’s attorney, Peter Anderson, wrote: “Unfortunately, it is not unusual for a hit song to be welcomed by contenders hoping for an unexpected hit based on the feeble claims that their own song was. copied. But even in this context, the plaintiffs’ claim is particularly unfounded. “

The words of the plaintiffs, the authors of 3LW’s “Playas Gon ‘Play”

Plaintiffs, Sean Hall and Nathan Butler, say in a statement: “This is the defendants’ fourth attempt to clear these claims, so the defendants label them as baseless rings at this point. […] The law does not believe in pure coincidences, especially where, as here, the two works are so strikingly similar that Mrs. Taylor’s denial of access makes no difference to the outcome ”.

And they conclude by saying (and hoping) the following: “We plaintiffs are confident that there are abundant factual questions for their claims to reach the jury, as it is not for the court to weigh credibility issues or crown the winner in the battle of the experts.”

You can listen to the song “Playas Gon ‘Play” by 3LW in the official video clip that you find below (which after this accusation against the famous Taylor Swift, currently has over 15 million views on YouTube). For a level playing field, we also offer you the song “indicted” by Taylor Swift (which, regardless of this accusation, boasts over 3 billion views).