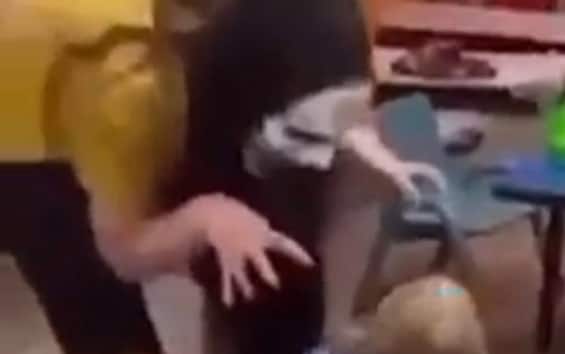 A kindergarten teacher terrified her students by wearing the mask of Scream, a character from the horror film of the same name. According to the reconstructions, the story took place last October 4, as evidenced by a video published on social media. The video shows a teacher wearing a horror mask and literally terrifying the children. “You have been bad. You want me to take you out ”the teacher is seen shouting in the face of a little girl. With another pupil the teacher has fun chasing him shouting: “Run”.

Three other teachers are also reported

Equally serious, in the video we see another teacher watching the scene, but above all laughing as if it were a normal thing. The protagonist of the film with three other teachers were reported for child abuse and fired by the Lil ‘Blessings Child Care and Learning Center in Hamilton. To report it is the New York Times, which also reported that many of the children tortured by the teacher in the following days began to experience obvious disturbances: some children began to tremble while eating, while others were frightened as soon as they heard screams.