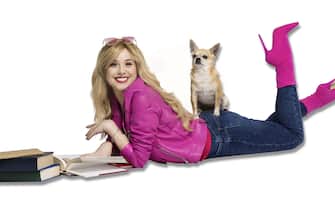 After the success of Broadway and the numerous international awards in the West End, he arrives in Italy Legally Blonde – Legally Blonde – the musicalbased on the 2002 film of the same name, adaptation of the autobiographical novel by the blonde Amanda Brown and interpreted by the bubbly Reese Witherspoon. The show, that debuts at the Teatro degli Arcimboldi in Milan from 1 to 5 Februarythe tour will continue at the Teatro Politeama in Genoa (24 and 25 February), at the Teatro Verdi in Florence (from 10 to 12 March) and at the Teatro Alfieri in Turin (18 and 19 March)

LaScala.tv is born, first live on 14 February with I Vespri siciliani

Vibrant and brilliant musical with a dizzying pace, the show makes use of compelling lyrics and music composed by the couple Laurence O’Keefe and Nell Benjamin, of a original booklet written by Heather Hach and by explosive and hyper-coloured choreography. It is a musical for everyone, witty and lively, which transports the viewer into an extravagant, sometimes surreal, but never boring world

Legally Blonde becomes a musical, the debut in Milan on February 1st

The very blonde protagonist Elle Woods (played by Lucia Blanco), president of the Delta Nu female student association, is an assiduous follower of the dictates of glossy magazines: all glamour, manicures, shopping and total pink accessories. Impeccable, always in a good mood, apparently frivolous and not very intelligent, the girl is suddenly left by her boyfriend Warner (played by Luca Pozzar), scion of a dynasty of senators, because she is considered too blonde and too superficial for his future as a politician

Determined to win him back, Elle uses her charm and wit to be admitted to Harvard in the same faculty attended by the ex, but university life is full of pitfalls and difficulties. Not only did Warner find another girlfriend, a brunette “good girl,” but the environment does not accept it as it is, does not respect it and does not value its capabilities

Frustration, and above all new friendships, push her to believe in itself, to recognize his abilities and to engage in the study of law. She will thus be able to help others as well, successfully defending a person falsely accused of murder thanks to her preparation and her brilliant feminine intuitions

Elle is a empathic characterpositive and spontaneous, not as superficial as the prototype of the perfect blonde in the collective imagination would suggest, but rather an intelligent person who puts others at ease and brings out the best in every situation, giving her best

At home At the zoo, Edward Albee’s theater on stage at the Filodrammatici

Exuberant and light-hearted, the musical tackles strong and winning themes, defeats prejudice and discrimination And travels in the ransom of a woman and her femininity. Teaches that to gain respect in work or study environments there is no need to annihilate one’s own personalityunderlines the power of female solidaritya dense network of relationships between women that guarantees mutual support regardless of temperament, and remembers the trust in others and, above all, in ourselveswithout betraying your word and without giving in to first impressions