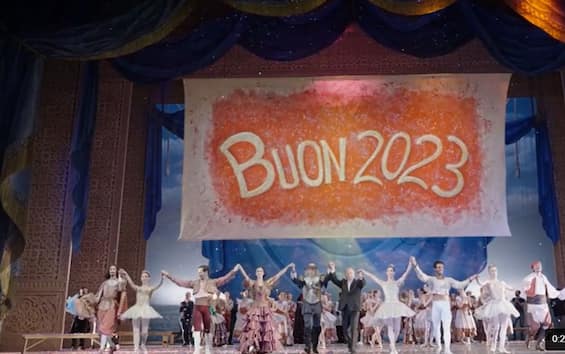 To the Teatro dell’Opera di Roma, at the end of the last performance of the ballet Don chisciotte the end of the old and the beginning of the new year was celebrated with a toast that involved all those present: the Superintendent Francesco Giambrone, the director of the dance company Eleonora Abbagnatothe interpreters of the show and all the audience in the room.

It is the traditional ballet of the holiday season, also staged on Christmas Eve and New Year’s Eve. It is inspired by the first novel of European literature, set in the Spanish Siglo de Oro. It marks the debut at the Teatro Costanzi of international dance stars such as Isabella Boylston, principal of the American Ballet Theater, and Osiel Gouneo. It is Don Quixote, with choreography by Laurent Hilaire.

Based on the novel by Miguel de Cervantes, the ballet – already successfully performed twice in Rome – is presented for the first time with costumes designed by Francesco Zito. The scenes are always signed by Zito with Antonella Conte, while the lights are curated by Vinicio Cheli. The musical score by Ludwig Minkus is performed by the Rome Opera Orchestra conducted by David Garforth.

“This version is the result of a long history – says choreographer Hilaire, current director of the Bayerisches Staatsballet – which was born from the first debut of the Don chisciotte by Petipa staged at the Bolshoi in Moscow in 1869. Whoever has the task of reviving it now, in the present, must indeed express himself through the classical language, but without placing the show in the rigid prison of a code that take your breath away and communicativeness. Tradition cannot be used as a dress that is too tight, preventing the work from identifying a fresh and contemporary theatricality”.