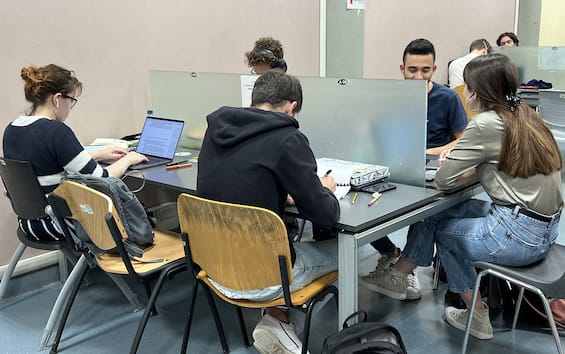 A technologist and a humanist together to allow students to enrich their engineering training with human and social elements. It happens at the Polytechnic of Turin where a curricular course called “Grandi Sfide” has just been launched. From energy to digital, from mobility to the interaction between technology and humanity, the way of teaching scientific subjects changes with the awareness, explains the rector Guido Saracco, of no longer being able to train engineers based only on the so-called “hard sciences” ( such as mathematics, logic, biology, chemistry, physics) but adding a humanistic vision to this type of teaching, so that the students’ point of view can always start from sustainability and ethical and social responsibility.

“A humanist and a competent technologist together”

“Without understanding what moves society, the inconvenience that people have today, it is unthinkable to be able to produce winning technologies in the market and technologies that do not have negative effects on society”, explains Guido Saracco, the rector of the Polytechnic of Turin. For this, he adds, “we teach our engineers to work around humans, a bit like architects already do”. The courses, which allow students to confront themselves in interdisciplinary groups, are held together by a humanist and a competent technologist and aim to make children develop answers to the challenges facing humanity today: the health of the future, the climate change, sustainable electric mobility, the digitalization of businesses, the relationship between algorithms and democracy, energy supply, social inclusion and the reduction of inequalities, digital well-being, just to name a few.

A new approach to the world of work

The course represents a unicum in the Italian university panorama and the idea, they explain to us, was born looking at what happens in other prestigious universities in Europe, from Paris to Lausanne. “Grandi Sfide” is proposed as a compulsory training for all second-year engineering students but is also open on a voluntary basis to students of other subjects. Before, the rector still confides to us, these notions had to be learned as soon as you set foot inside the companies, the great advantage now is to do it directly during the university. A university – he adds – that is changing and where the structures are also changing: “No more cinema-halls but rooms with tables where people meet to discuss, work together, cultivate their interests”.

Our journey inside the Polytechnic

What is striking in the very large central structure that winds around Corso Mediterraneo are the many foreign students and the lessons now almost all held in English. And then the many and interesting technological laboratories where every day children experiment with new technologies in a practical way. Starting, just to give a few examples, from the Geomatics laboratory, where technologies for mapping the territory are studied and refined above all thanks to the help of drones (the Polytechnic was a pioneer, they tell us, in the use of these technologies) . Here we also come across a bicycle, built by students, with sensors capable of monitoring air quality and, at the same time, mapping roads and paths in 3D. There is the laboratory where, using powerful driving simulators, teachers and students experiment on road safety and driver behavior. And then in Turin, the capital of the car, a brand new interdepartmental laboratory for measuring car emissions could not be missing, with a particular test room where vehicles are tested by simulating any driving condition, climate, condition of the ground.