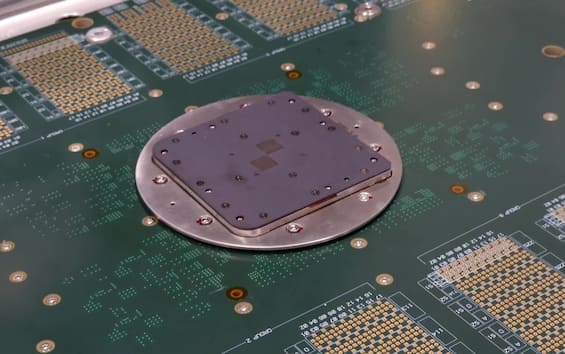 Few people know that on the outskirts of Milan, immersed in a green valley in Cernusco Lombardone, in the province of Lecco, there is an excellence of world technology, a unique company of its kind that carries out a fundamental job for the functioning of all. the technological devices we use every day: Technoprobe. The company was born in 1995 from an idea of ​​the founder Giuseppe Crippa, who at the time worked in STM, and who decides, identifying in the Testing a branch that could grow, to start a family business using the spaces available in the house such as the cellar or the attic. After almost thirty years, the company is listed on the stock exchange, employs 2,200 employees (1,400 in Italy alone) and is one of the two world references for chip manufacturers. To date, therefore, there is not a single company that designs semiconductors that does not turn to Technoprobe to create interfaces for tests.

What Technoprobe does and what is a Probe Card

At the base of any electronic device there is the microchip, which is the beating heart: these are electronic micro-components printed on tiny silicon plates that represent technological projects that are all different according to the product on which they are installed. The great need of world manufacturers is to know if every single chip once printed on the silicon works correctly: testing the chip before it is placed inside a product and knowing if it works correctly avoids, in fact, a great saving of time inside. of assembly lines. Every microchip needs a testing project and this is where Technoprobe, which is one of the two largest companies in the world capable of testing virtually every chip in existence, comes in. Technoprobe’s testing projects go hand in hand with the major microchip manufacturers, who send the specifications of each new product to the Lombard company. Based on these specifications, the company produces the so-called Probe Card, high-tech devices that, when inserted into particular machines, thanks to needles that contact the microchip, are able to check its correct functioning. “The work we do – the general manager Roberto Crippa, son of the founder tells us proudly – is of fundamental importance and is certainly an important asset for Italy: we are, in fact, an indispensable link in the distribution chain: if we were missing we would be missing 40-50% of world electronics production, especially those with high added value “.

The “problem” of work that exists

Entering the company’s headquarters, one is catapulted into a mega-laboratory, almost science fiction. In addition to the production part, there is a lot of staff dedicated to the research and development sector and there are also many “sensitive” areas hermetically sealed, both for safety reasons (working on the chips of products still in production or not yet announced on the market), both to avoid (as in the so-called “clean room”, where the final testing phase of the Probe Cards takes place and where employees enter completely covered, from head to toe), that even a speck of dust contaminates the projects. Here 44 per cent of the staff, they explain, are under thirty and 34 per cent are women. Technoprobe, which manages over one hundred projects a month, is in constant need of staff and is “desperately” looking for new recruits to hire, even without special electronics skills: “We are hungry for technicians, engineers, experts, whom we hire throughout Italy – he continues the general manager Roberto Crippa – and now we are about to open a new design center in Catania because there are so many young people prepared and willing to make present in Southern Italy. The problem of the lack of personnel is dramatic for us: in Italy – he continues – there is not enough technical personnel available, both at the level of experts and at the level of graduates. There is a lot of work but the path must start from middle school, with training to be done on children but also on families: the technical work is beautiful, it is satisfying, it is paid well and allows you to make a career “.