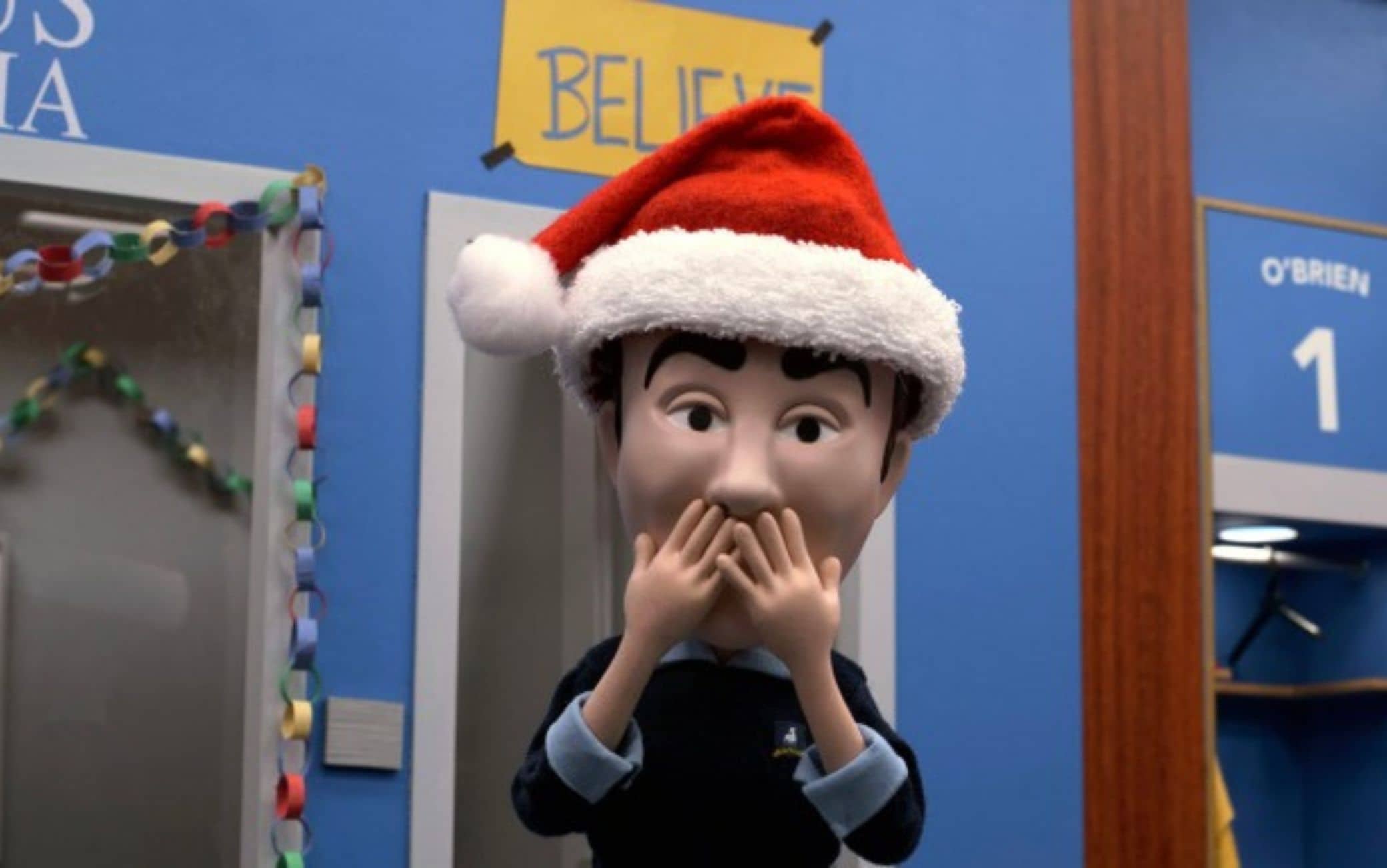 On October 8, 2021, the last episode of the second season of Ted Lasso was loaded and fans are already looking forward to being able to appreciate the new episodes. The finale left everyone speechless, paving the way for an interesting showdown in Season 3 to say the least.

The production has well thought out to anticipate its Christmas gift to fans of the show, releasing an animated short with a Christmas theme. The title is The Missing Christmas Mustache (it could be translated as the disappearance of the Christmas mustache). To dub the respective characters are obviously the actors of the series. The story includes the participation of:

The first scene takes place in the Richmond locker room. Suddenly Ted shows up, alarming everyone. Her face is totally “clean”. There is no trace of his iconic mustache anymore. The funny thing is that this news also alarms the person concerned, who has no idea what happened. A strange problem to face, which will make Ted reflect on the true meaning of the holidays.

It is not the first short that the Ted Lasso production offers to fans online. The previous one, Carol of the Bells, saw Ted and Rebecca replace Santa in the task of delivering gifts to the children. Roy and Keeley, on the other hand, were desperate to find a dentist for Phoebe.

We don’t know much about Ted Lasso’s third season. An official release date has not been provided, although it is known that the filming of the new episodes of the show will begin in 2022. All this suggests that the arrival on Apple +, also visible on Sky Q, may coincide with the end next year. However, a launch at the beginning of 2023 cannot be ruled out.

Spoiler Alert: in the season finale of Ted Lasso 2 we see Nate give vent to his frustrations, never expressed. He feels a great resentment towards Ted, whom he deems guilty of having abandoned him. After being able to get him out of his dark corner, where he was devoured by his many insecurities, he found himself on the edge of the project, according to him. Much depended on Roy Kent joining the team.

Nate didn’t hold up and made a decision. He has gone over to the side of the “enemy”, namely Rupert Mannion, former husband of Hannah and president of Richmond. He has a new team, West Ham, and next season we will have the chance to see the two clubs go head to head in the Premier League. One of the most important news is the agreement between Apple and the English top division of football. In the new episodes there will be much more space dedicated to the field, perhaps with the appearance of several top club champions.