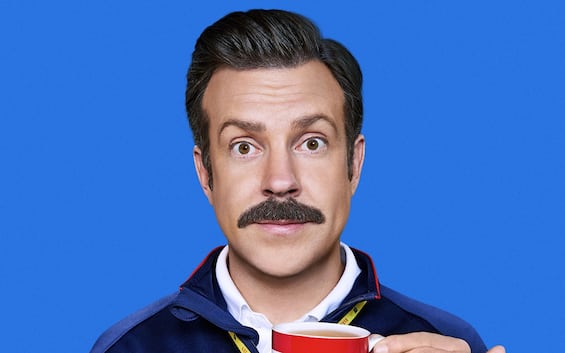 At the end of the second season, we had quit Ted Lasso in his own way shocked by a betrayal: trusted assistant Nate (played by Nick Mohammed) had decided to abandon our hero and Richmond in general, enticed by the possibility of seeing his potential at the helm of rivals West Ham fulfilled. The third season of the series starring Jason Sudeikis seems to want to start from there, at least judging by the first promotional image released by the accounts Apple+. In the photo we see the protagonist and his ex-partner look at each other defiantly, while in the background stands the figure of the new president of the Hammers Rupert (Anthony Head), determined to carry out his revenge on his ex-wife right through the ball.

Loaded up for the start of the new season

What will Ted Lasso’s AFC Richmond aim for now that they have finally reached the top of the Premier League? The fictitious team at the center of the license plate series Apple+ will he aim for a peaceful salvation or will he have greater ambitions? The caption that accompanies the shot we referred to above seems to leave little room for the imagination: “Time to win the whole f***ing thing”. To see what the screenwriter Bret Goldstein defined the series as “the grand finale” this time it could luckily be really close: after the very long filming, which ended after several delays only in November, it is in fact the same streaming service to give us an appointment for spring 2023. Many hope that anyway Ted Lasso 3 does not represent the epilogue of the series, even if so far we have always gone in that direction in terms of declarations: already in 2021 the protagonist Jason Sudeikis had, for example, declared to Entertainment Weekly to have foreseen a commitment over the span of the three seasons, while not ruling out changing your mind if the conditions were created. Certainly today it is difficult to imagine further developments for history. The shabby team of a London suburb, led almost by mistake by an American football coach, represented a small fairy tale and it is currently difficult to believe that there could be a sequel after landing in the most competitive championship in the world.

A very strong team, which the fans hope will not be dismembered

Richmond has become a fan club almost more than the real ones, especially in Anglo-Saxon countries, where the series has definitely depopulated. With that shirt that recalls the Crystal Palace uniforms and that irresistible and good-natured phenomenon on the bench, it’s impossible not to feel sympathy for this gang of “runaways” (they really did), who arrived where no one would have expected. Ted Lasso it has even landed on Fifa, the football video game par excellence, where the team is now selectable as if it were an existing team in all respects. But, regardless of the sporting affair, it was largely the characters who fascinated even those who don’t know much about football. Above all, Ted has grown as the episodes go by, proving to be more and more “human” and multifaceted: he is no longer just an evolution of the speck proposed by Sudeikis in some videos made for NBC Sports but a man to all intents and purposes, with his fragility and his doubts. We can’t wait for the new season to kick off, hoping it won’t be the last. Fans at least hope to get to extra time so as not to have to endlessly review the old episodes, tense and a little confused like referees in front of a replay of the Var.