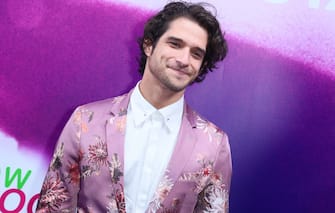 Like the TV series, the film is set in Beacon Hills, where werewolves, banshees, shape-shifters and other supernatural creatures live. Tyler Posey returns as Scott McCall, no longer a teenager, but still an alpha wolf

WATCH THE VIDEO: Teen Wolf, a revival film in development

Shelley Hennig returns as Malia Tate, a character introduced in the third season and one of the protagonists of the last three seasons

The best films to see in streaming and in cinemas in February 2022. PHOTO

Crystal Reed plays Allison Argent, werewolf protagonist of the first seasons of the series, ex-girlfriend of Scott, killed at the end of the third season

25 actors who said goodbye to their TV series. PHOTO

Linden Ashby returns as Noah Stilinski, Beacon County Sheriff, veteran and father of Stiles Stilinski, Scott’s best friend. Stiles is one of the big absentees in the announced cast

Chris Argent is portrayed by JR Bourne. Among the main protagonists of the series, Chris is the father of Allison and will return in the feature films

Seth Gilliam serves as Dr. Alan Deaton, a veterinarian at the Beacon Hills Animal Clinic and head of Scott McCall, for whom he becomes a mentor

Colton Haynes is Jackson Whittemore, a historical enemy of Scott’s high school. During the sixth season, he fought the hunters led by Tamora Monroe and Gerard Argent