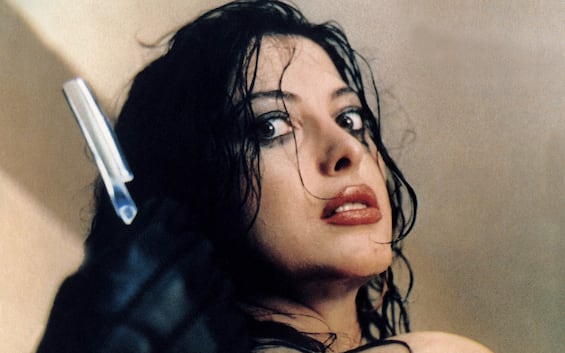 We know Lucifer, the prince of Darkness, was an angel. And his name, etymologically, means “bearer of light”. Perhaps this is why in Tenebre, released in Italian cinemas on October 27, 1982, even the scenes set at night are magically luminous. After “Inferno”, Dario Argento suspends his alchemical and metaphysical journey, which began with “Suspiria”. The director takes leave of horror and embraces the thriller again because nothing is more terrifying and dark than the human soul. And “Darkness – Under the eyes of the murderer”, written by Roberto Lasagna and Antonio Tentori illuminates this cinematographic abyss in which the most primitive, archaic and brutal psychic impulses lodge. The book, published by Shatter Edizioni, is an indispensable guide to discover the secret rooms, the darkest corners of a litmus test work of the Eighties, but at the same time perpetual fresco of human madness. From an accurate and suggestive tour of the locations of the film, to the memories of Michele Soavi and Lamberto Bava, to the testimonies of those who are no longer there like John Steiner and Daria Niccolodi, the tome is a sort of love letter towards a fundamental work to understand Argento’s artistic path.

“Minerva’s owl begins its flight only at dusk”. With this metaphor, Goethe reminds us that philosophy and sometimes truth are manifested only at the sunset of a day, or of a society. And after all, “Tenebre” is the funeral elegy of a world in which, through precious testimonies such as that to the director of photography Luciano Tovolo, we understand Argento’s choice to make a film, icy, cold, Euclidean in which murders are consummated often in broad daylight. We no longer have the expressionist delirium drowned in the warning shadows of “Profondo Rosso”, but the amputated arm of Veronica Lario, her artist despite her who transfigures a white wall with her blood into a Jackson Pollock canvas. And the beauty of the book is to tell us all this through the voice of those who took part in the film. Starting with the actress Mirella D’Angelo who plays the journalist Tilde in “Tenebre”. The gaze of her character before dying captures all the uncanny power of the film and petrifies the viewer like Medusa.

As recounted in the book, during his stay in Los Angeles after filming “Inferno”, Argento was haunted by a stalker through a series of phone calls and death threats. A memory that has been transfigured into the culture broth of the obsession that drives the serial killer, in “Tenebre”, to feed his deadly instinct. And we gladly get lost in the pages of a book that reconstructs the incredible sequence shot with the Louma (the articulated crane for video shooting, on top of which a camera equipped with remote control is fixed) and reminds us of the Conan Doyle’s aphorism: “Once the impossible has been eliminated, what remains, however improbable it may be, must be the truth.” The volume, published by Shatter, with the precision of an entomologist and the creativity of an artist, gives us back all the power and originality of a thriller which, like certain fine wines, has acquired value and depth over time. From the soundtrack signed by Claudio Simonetti, Fabio Pignatelli and Massimo Morante, with that vocoder that transforms the word “Fear” into a disturbing mantra, to the flashbacks with Eva Robbins and her red stiletto heels, a lethal weapon of seduction, the eyes of murderer have been watching us for 40 years. Because darkness is eternal. Like certain movies. And it’s wonderful and rewarding that there are certain books to remind us of that.