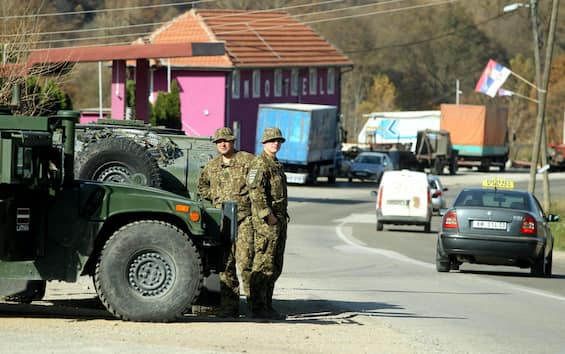 The Armed Forces of Serbia are on maximum alert. This was announced by the chief of staff of the Serbian army, Milan Mojsilovic in light of the strong tension with Kosovo, which declared its independence from Serbia in 2008. Belgrade refuses to recognize the Balkan country where 120,000 Serbs live.

Serbian President Aleksandar Vucic, in his capacity as Supreme Head of the Armed Forces, has ordered a state of maximum alert for the Army and police forces of Belgrade. The fears primarily concern a possible intervention by the Kosovar police and security forces to remove the roadblocks and barricades that the Serbs living in northern Kosovo have been implementing for 17 days. Even if, added President Vucic, “Belgrade is always committed to resolving all problems through dialogue and maintaining peace in the region”.

Belgrade does not recognize Pristina’s independence

Kosovo declared independence from Serbia in 2008, but Belgrade refuses to recognize it and encourages remaining Serbs in the area to challenge Pristina’s authority. Hundreds of Serbs, outraged by the arrest of a former police officer, set up roadblocks on December 10 in Serb-majority northern Kosovo paralyzing traffic through the two border crossings.