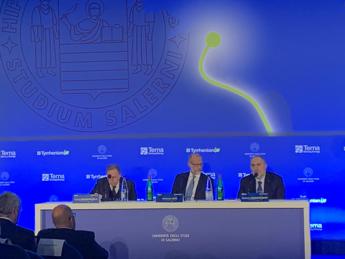 An event organized simultaneously in the Universities of Cagliari, Palermo and Salerno


The Tyrrhenian Lab is a training center of excellence for the development of technological and digital skills functional to the management of the electricity system and the acceleration of the energy transition process, distributed in the three cities where the submarine cables of the Tyrrhenian Link, one of the main infrastructural works in the country, essential for the development and safety of the national electricity system.

At the end of the 12 months of the master, which aims to create new professionals with managerial, computer engineering and statistical skills, the 45 students selected will be hired in Terna’s local offices and will be able to operate as: experts in algorithms and models for the market Electrical, analysis and regulation systems experts, field equipment management experts, Station Automation Systems (SAS) experts and Station IoT Systems experts.

In just two months, between 18 July and 18 September, despite the summer break, 170 applications for admission were received. Of these, 45% in Cagliari, 31% in Salerno and 24% in Palermo. Compared to the total number of applications received, a high participation of women was recorded: about 21%, a figure higher than the average for engineering faculties.

Most applicants have a degree in Energy Engineering (23%), followed by graduates in Electrical and Mechanical Engineering. Finally, the Tyrrhenian Lab also attracted the attention of students from different universities than the three directly involved: applications for admission were also received from graduates of the Federico II University of Naples, of the Polytechnic of Turin and of La Sapienza. From Rome.