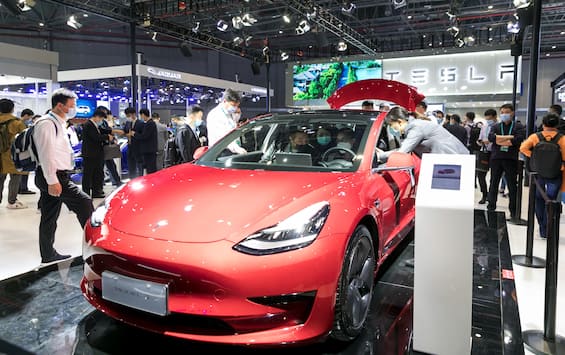 After becoming the best-selling car of December in Germany, the Tesla Model 3 is set to see further growth in the number of models on the road in Europe.

The Texan automaker, owned by Elon Musk, has in fact announced a lowering of the list prices for its full electric compact and for the Model Y, also with zero emissions. In fact, if until now the Model 3 had cost 57,490 euros, from the next few weeks the buyer will be able to take it home with 44,990 euros. A drop in the list price of more than 12,000 euros (equal to over 20%) which will make the customers who buy it from now on happy, while it will be badly digested by those who bought the car in recent weeks.

The decision to lower the price lists, in contrast with what is happening on the market, has the intention of making American electric cars more accessible to the general public, in order to repeat and possibly surpass the excellent results in terms of sales obtained by the Elon Musk during 2022.

Despite the year that has just ended being the worst ever in terms of share value, Tesla has indeed seen strong growth from a commercial point of view, with vehicle shipments increasing by 40% and an increased production of the 47%.

A development that has manifested itself above all in the Old Continent, with Elon Musk’s cars breaking several sales records. In addition to the data on the Model 3 mentioned above, the Y also gave excellent results in commercial terms: it was in fact the best-selling car in Europe in the month of November, also beating the annual sales record for a vehicle in Norway, held for 50 years since the Volkswagen Beetle.