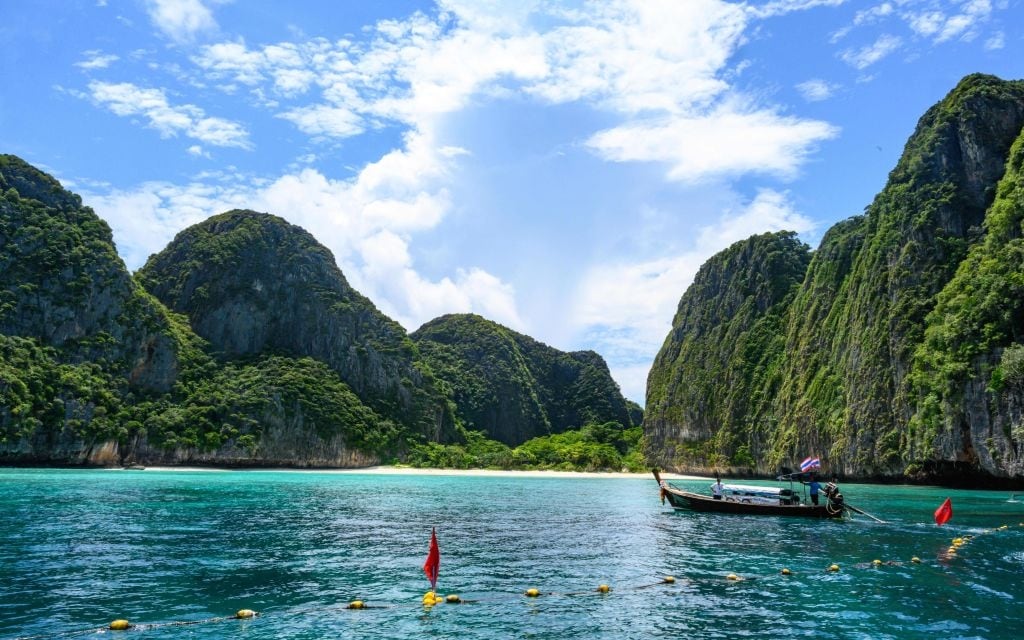 Thailand will soon reopen Maya Bay, the beach that many know as the backdrop to the events of Leonardo DiCaprio in “The Beach”. The bay it will be accessible to the public again on January 1st. It can be read in a document released in these hours by the Department of National Parks in Bangkok.

The beach is part of the Hat Noppharat Thara-Mu Ko Phi Phi National Park, in the province of Krabi, and had not been closed for reasons relating to Covid19. Indeed, the closure derives precisely from the global success of Danny Boyle’s film. In fact, the stop, dated June 2018, is the result of the serious deterioration of the area, where mass tourism has threatened the survival of the coral fauna, to the point of making the extreme remedy indispensable.

The island of Phi Phi Leh has always been the exclusive object of daily tourism, without overnight stays. But the fame that came with “The Beach”, which put it at the top of the “must” list of world tourism, has led the beach to experience the detrimental consequences of hit and run tourism. A phenomenon in continuous growth for twenty years, which in 2018 brought a daily average of five thousand people to the Andaman atoll.

Restrictions will be adopted to reopen safely. The boats will no longer be able to enter the bay and will have to leave passengers on a pier located on the opposite side of the island from the beach. No more than 8 boats can dock at the pier at a time. The visits can last a maximum of one hour and there can be no more than 300 tourists at a time. Finally, the minister wrote that in recent weeks the works to complete the new pier and recreate the overall set-up of the coast will be completed, in order to allow the carrying out of some marine recreational and sporting activities in the dedicated areas.

A longer process than expected

The initial plan was to close the site for only four months, but it was soon clear that the regeneration of the corals and the adaptation of the island’s services to its sustainable use would take longer. During the two-year stop, net of the lockdowns, tourists were still able to admire the bay from afar. The beach cannot be reached, but boats and boats can overlook it. Furthermore, in some designated areas, diving and snorkeling activities remain possible.