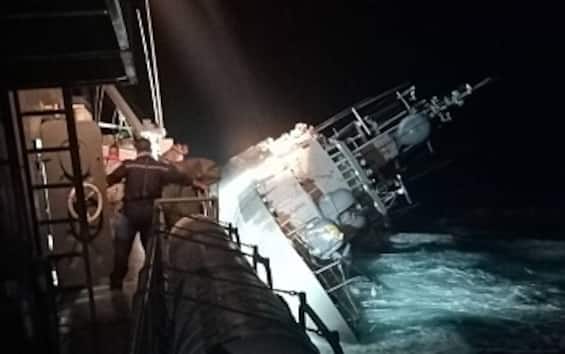 Tragedy at sea. The search for the 31 missing sailors continues after the sinking of the Thai military vessel off Bang Saphan. The boat with 106 people on board capsized and sank following a storm in the waters of the Gulf of Siam, in the Pacific Ocean. The Bangkok authorities say they managed to save 75 crew members rescued from another navy ship. Thirty-one of them, however, are missing. “More than 12 hours have passed, but we will continue to search”, a spokesman for the navy, Admiral Pogkrong Methardpalin, told the BBC, explaining that an investigation had been opened as “a disaster similar to a ship of ours had never occurred fleet”.

The search for the missing

The naval vessel HTMS Sukhothai was built for the Thai Navy in the United States in the mid-1980s. The fleet was on patrol just 32 kilometers west of Bang Saphan in Prachuap Khiri Khan province when it was surprised at night by a strong storm at sea. The vessel sank after suffering a series of engine problems. Thai officials explained that the ship began taking on a lot of water just before midnight. The hull immediately flooded, creating a short circuit in the engine room. The army has launched a search and rescue operation involving ships, planes and helicopters to try and locate some of the crew believed to be adrift on a distress craft.