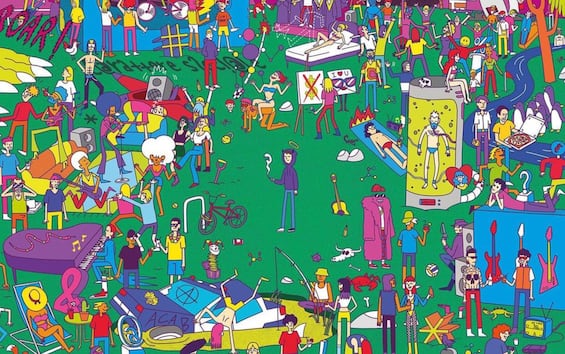 The wait is over for fans of tha Supreme, the Roman rapper now known as thasup. The new album, Special charactergraphically c @ ra ++ ere s? ec! @lwill be available for listening to start from 1:00 am on September 30th, date confirmed on social media, where the artist has a large following. Still many surprises to reveal, especially in terms of collaborations, already largely revealed in recent days. Among the artists who have collaborated on the project are counted Coez, The Nuclear Tactical Penguins, Lazza, Sfera and many others.

The sound mix of thasup, aka Davide Mattei, producer and now also singer on its own musical bases, it is about to arrive in the playlists of its fans, very numerous, especially among the very young. In the last few hours, it was their turn to question themselves about what was not said about the second project of the new highly appreciated voice of the new wave of Italian rap. In fact, in the posts on Instagram, not everything was told about special characterwork that follows the lucky one 23 6451debut album released in November 2019 and judged among the best Italian records of that season.

In special character there will be 10 featuring

The new album, which has already been available for pre-order on Amazon for several days, will contain one series of traces of sure appeal, made with some of the most popular names in Italian music. From Sfera, Rondodasosa, Lazza and Rkomi, musically similar to thasup, there could be room for some surprise names (among the hypotheses, Mara Sattei and Tiziano Ferro) that would make the project even more attractive. In total, on twenty tracks in c @ ra ++ ere s? ec! @le the featuring will be ten.
Meanwhile, online, the purple graphic features are already circulating among fans who were able to hear some previews of the new work on the rapper’s date at the Fabrique in Milan on Thursday 29 September.