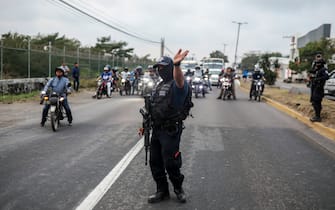 Latin America predominates. Within the ranking of the 10 most dangerous cities in the world for homicides per capita (data referring to 2022) compiled by the statistics site Statesman there are practically only city ​​in South America. The reason is largely related to traffic drugs and weaponsas well as gang wars: between 2007 and 2012 they would have been almost 38 thousand drug-related deaths in Mexico alone

Airports, which are the ten best Italian airports. THE RANKING

CAPE TOWN (10TH PLACE) – The South African city, which counts today 4.6 million inhabitantsis the only city outside South America present in the top 10. The estimated per capita homicide rate in 2022 is 66.36 per 100,000 inhabitants

FORTALEZA (9TH PLACE) – One step higher we find FortalezaBrazilian city a Northwest of the country, overlooking the Atlantic. Despite a respectable cultural panorama and ehistorical buildings of great valuesuch as the José de Alencar theater, built in Art Nouveau style and open since 1910, the city remains among the most dangerous. Statista estimated a rate of 69.15 homicides in 2022 per 100,000 inhabitants

NATAL (8TH PLACE) – Also always Brazilian city ​​present in eighth place ranked: is Natalcapital of the state of Rio Grande do Norte, also facing the Atlantic e with 890 thousand inhabitants. In 2022 the data reports a homicide rate of 74.67 per 100 thousand inhabitants

Travel, what are the destinations and the budget of Italians in 2023

CIUDAD GUAYANA (7th PLACE) – In seventh position we find a city in Venezuela: is City of Guayana, which has over 877 thousand inhabitants. The locality, famous for its heavy and metallurgical industriessettled thanks to the vast natural availability, it has a homicide rate of 78.3 according to Statista

IRAPUATO (6TH PLACE) – In sixth place we find a historical place in Mexico: is Irapuatoa town in the state of Guanajuato, in central Mexico. Famous for its strawberry production but also due to the presence of numerous heavy industries, Statista notes a homicide rate of 81.44

CIUDAD JUAREZ (5TH PLACE) – One step up is another Mexican city, Juarezcapital of the state of Chihuahuas. The statistic for this location is 85.66 homicides every 100,000 inhabitants. One of the most striking phenomena about Juarez are the feminicides: since 1993 the estimateby default, talks about beyond 370 cases of murders of young women, mostly coming from the poorer classes

CIUDAD VICTORIA (4TH PLACE) – In fourth place is still a city in Mexico, City Victoriacapital of the state of Tamaulipas. In addition to the crops of sugar cane, citrus fruits and vegetablesthe city is also rich in minerals and industries, especially textiles and leather. According to Statista, the city has a homicide rate of 86.01 per 100,000 inhabitants

CARACAS (3RD PLACE) – In third place we find the capital of Venezuela, Caracas: the city’s homicide rate, which today features nearly 3 million of the people living there, is 99.98 per 100,000 people

TIJUANA (1ST PLACE) – At the top of the ranking there is Tijuanamexican city just distant 27 kilometers from San Diego. According to Statista, the homicide rate of the metropoliswhich today counts beyond 1.5 million citizensand of 138 for every 100,000 inhabitants