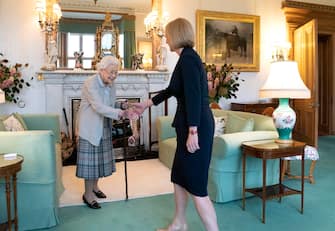 Liz Truss will go down in history as the British premier less long-lived in history, with just 45 days elapsed in Downing Street. His mandate began last September 6, overshadowed by mourning for the death of Queen Elizabeth, who disappeared just two days after giving her the job. Today, October 20, they arrived resignation as surprising as they are irrevocable

Truss’s apology to the UK in the BBC interview

For Truss, the troubles started almost immediately, as soon as the public period of mourning for Elisabetta, with i funeral solemnities that had united the country around the coffin of the sovereign, relegating i problems of the country

From ministerial positions to the Brexit turnaround: profile of Liz Truss

The actual disaster began with the ultra mini-budget Conservative of September 23, with tax cuts for the richestwhich resulted in a collapse of the pound sterling. After just 10 days, Truss was forced to revoke the order on 3 October

The reverse on the tax cut of the richest

On October 14, in the face of the obvious failurehe had to resign on Chancellor of the Exchequer, Kwasi Kwarteng, his very close ally. And just 24 hours ago the head fell off Interior Minister Suella Braveman. Now it’s up to Struss to step aside, leaving the conservative party in chaos, which a few months ago sacrificed the premier Boris Johnson

“I took office at a great time economic and international instability”, Explained the outgoing premier. “Households and businesses were concerned about how to pay their bills. There Putin’s war in Ukraine it threatens the security of our continent and our country has been held back for too long by low economic growth. I have been elected since Conservative party with the mandate to change this situation ”

“We have worked – he continued – on energy bills and on national insurance cut. And we defined a vision for a low-fiscal, high-growth economy that would exploit the freedoms of Brexit. However, I acknowledge that I cannot accomplish the mandate for which I was elected by the Conservative Party. I then spoke with His Majesty the king to inform him that I am resigning as party leader ”

With today’s step back, Truss beats the previous record of shorter government of the history of the United Kingdom, which belonged to this day, as recalled by numerous British media, from George Canningremained in office for alone 119 days before he died in 1827

Truss announced his resignation after receiving in Downing Street sir Graham Bradychairman of the influential 1922 committee of the conservative parliamentariansand its closest allies, the Deputy Prime Minister Therese Coffey and the president of the Tories, Jake Berry

Graham Brady has made it known that it will be possible to keep the elections for the new leadership of the conservative party within the next October 28 and, therefore, you could have “a new leader in office before the budget declaration which will take place on 31 ”

In the midst of political chaos, the highly efficient bookmakers English seem the only ones to see clearly and they bet everything on Rishi Sunak as the next British Prime Minister. Sunak is given as a super favorite as the successor to Truss 11/10. They follow Penny Mordaunt given 7/2 e Ben Wallace to 8/1

Chaos in the UK, The Economist: “Welcom to Britaly”