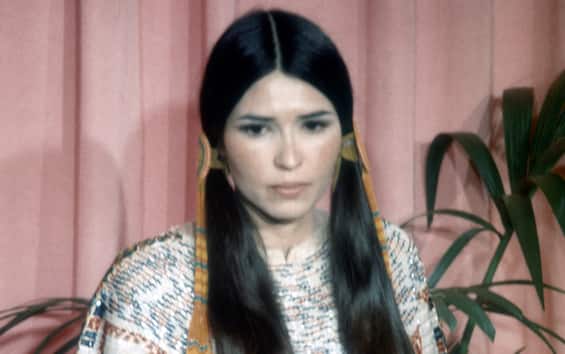 Sacheen Littlefeather became famous all over the world for taking the Oscar stage in 1973 to refuse, on behalf of Marlon Brando, the statuette won by the American star for his interpretation of Don Vito Corleone in the film. The Godfather by Francis Ford Coppola. She the Native American activist, she was then 26 and was sent on stage by Brando, to read a speech just in defense of the natives and was booed by the audience. Today, almost 50 years later, an apology has arrived from the association that awards the Oscars. The Academy pointed out that Littlefeather suffered “unwarranted and unwarranted” abuse after her brief speech.

“I never thought I’d live long enough to see the day I would hear all this,” Littlefeather ironically told the American site Hollywood Reporter. Introducing himself on behalf of Brando – who had written “a very long speech” – Littlefeather briefly told the audience “that he with great regret cannot accept this very generous award”. “And the reasons for this are the treatment of American Indians today by the film and television industry, and also by the recent events in Wounded Knee,” he said – in reference to a violent confrontation with federal agents at a site considerable importance for the Sioux people. Being greeted by boos and a few applause from the audience. Subsequently, malignancies circulated that the woman was just an up-and-coming actress, or even Brando’s lover. “The abuse you endured … was unwarranted and still unwarranted,” wrote David Rubin, former president of the Academy of Motion Picture Arts and Sciences, in a letter to Littlefeather released today. Rubin said the speech at the 45th Academy Awards “continues to remind us of the need for respect and the importance of human dignity”. The Academy Museum of Motion Pictures will host an event in September, in which Littlefeather will talk about his appearance at the 1973 Oscars and the future of indigenous representation on the screen. In response to the apology, he remarked: “We Indians are very patient people – it’s only been 50 years!”, Adding that maintaining a sense of humor is “our way of survival”.