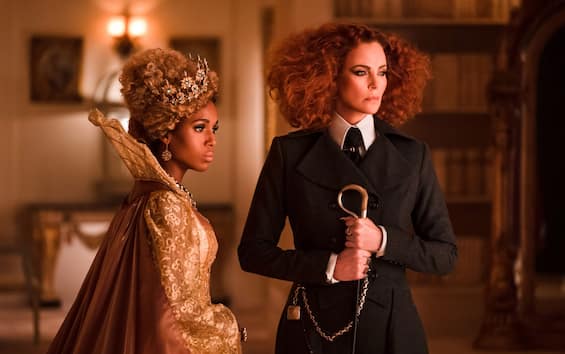 Paul Feig directs The Academy of Good and Evil, the new Netflix movie based on the best-selling novel by Soman Chainani. How do you choose i good and bad of fairy tales? In this film there is one school that deals with selection and training in that sense and is located in Gavaldon. Written by Soman Chainani, author of the original novel, The Academy of Good and Evil contains some key moments of the latter and respects the development of the characters. However, the film is “a very different animal that goes to different places” instead of being “a boring reconstruction” of the book.

The Academy of Good and Evil: the plot

In an institute young people are trained to become heroes or villains of fairy talesAnd. Sophie lives in Gavaldon where every four years two boys who have come of age are taken to this special school and she has been waiting all her life to go there to train to be a heroine. And now it’s up to her, a princess who loves pink and has a sunny personality, together with her friend Agatha, a girl always dressed in black and lonely. However, her appearances are deceiving and not everything is as clear as it seems and the two girls no longer want to attend that school but they realize that the only way to go home is through a fairy tale.

The Academy of Good and Evil: the cast

Shot between Belfast, Northern Ireland and the Loop Film Studios, The Academy of Good and Evil presents costumes curated by Reneè Kalfus and Paul Feig himself, while Dylan McCaughty helped to create the sets and props Andy Nicholson took care of them. Creatures such as wolves were made using animatronics and the photography is curated by John Schwartzman.