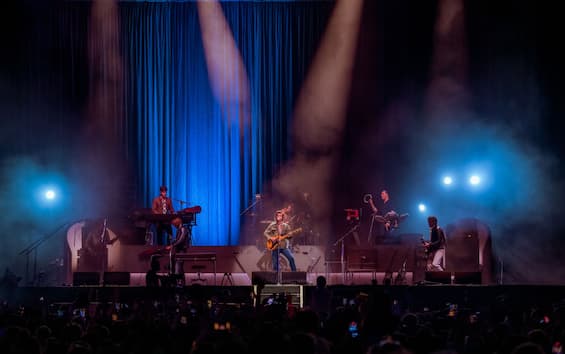 The Glastonbury Festival is a musical event that takes place every year in June in Pilton, a town in Somerset in England a few kilometers from Glastonbury. The event lasts three days and also features famous singers and bands from all over the world, including the Arctic Monkeys who will return to the stage after ten years.

The details of the return of the Arctic Monkeys

The group has signed the deal for the return to the Glastonbury festival. As you know, in the area hosting the event there are several stages to host more contemporary performances and the Arctic Monkeys will perform in the Pyramid Stage. The band is expected to have a long tour starting in November and then resuming next summer, but they still managed to find a date that would allow them to attend the Glastonbury festival. For the Arctic Monkeys it will be their third time in Somerset, after appearances in 2003 and 2013, a perfect average of one performance every ten years with the one that will take place in 2023.

The next events of the Arctic Monkeys

The group is formed by the guitarist Jamie Cookby the bassist Nick O’Malley and the drummer Matt Helders. On Friday 23 September they officially announced the new tour, where they will stage their seventh album The Car, available starting Friday 21 October. Below, we remember all their concerts: