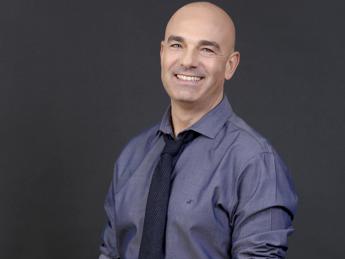 “I will present all the great hits of the last decade, from ‘Billy Elliot’ to ‘Jesus Christ Superstar’, from ‘Rugantino’ to ‘Marchese del Grillo’

“Finally the fateful day has arrived: it seems to me another Year Zero! It is as if this re-inauguration marked the beginning of a new period, with a particularly intense flavor “. It does not hide the emotion Massimo Romeo Piparo, artistic director of the Sistina, which reopens to the public completely renovated. “A special evening, there is a truly exciting atmosphere – comments the director at AdnKronos – which falls, among other things, exactly four years after the debut in Rome of the musical ‘Mamma mia!’… “, a show that inaugurates the new season” and they seem to be two completely different eras, given that in these four years everything has really changed “, he observes.

A season defined by Piparo with the slogan ‘Platinum Collection’ because, he explains, “I have chosen the six most successful titles of the last ten years under my direction: ‘Mamma mia!’, ‘Blly Elliot’, ‘Only with
Arturo Brachetti, ‘Rugantino’, ‘Jesus Star Superstar’, ‘The Marquis del Grillo’ and maybe next year we will also propose again ‘Avoid’… “. But which Sistina will find old and new spectators?” They will see a more modern, more international Sistina, but at the same time also a Sistina from the 1950s and 1960s, with its marble and brass, with an audience with the armchairs that recall the original ones, for a sort of ‘amarcord’, however, projected into the future, all made with private capital, without any bonus, for a gift we wanted to give to the city of Rome and the capital of Italy “.

Assures the artistic director: “From this evening, workers and the public of the Sistine will all be vaccinated and so on, it is the only real hope against the Covid. I had said in unsuspecting times, when there were those who were talking about reopening theaters within a month, that it would take a couple of years: and, unfortunately, I was right. But now the time has come, the time has come and now let’s just hope that everything won’t stop again, because by now it would be unbearable, it would be to go back inside a nightmare which would prove fatal “.