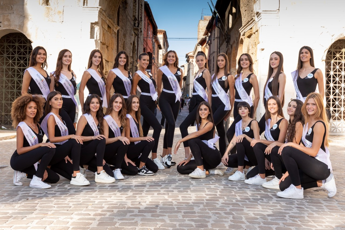 In the sentences, choices not taken for granted by the girls, between philosophers and saints, poets and singers, magistrates and scientists, writers and actors.

Not only 21 bodies and 21 faces, but also 21 brains: the 21 candidates for the title of Miss Italy 2022 choose some phrases to introduce themselves to the jury, chaired by Massimo Boldiin this edition number 83 of the competition which celebrates its final in a hall of the Crowne Plaza Hotel in Rome.

Not obvious choices by the girls, among philosophers and saints, poets and singers, magistrates and scientists, writers and actors. So, it goes by Plato to Mother Teresa of Calcuttafrom Einstein to Vasco Rossifrom Falcon to Pythagorascome on Beatles to Beckettfrom Seneca to Jacopone da Todi…