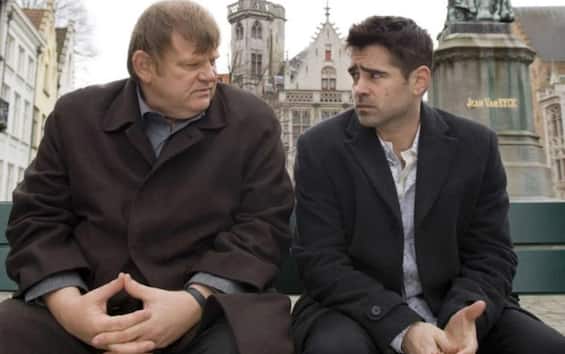 For those who loved the fantastic film “In Bruges”, there is good news on the horizon: the legendary couple starring in that film, namely Colin Farrell and Brendan Gleeson, will return to the big screen. It will do so on the occasion of “The Banshees of Inisherin”, a film of which the trailer was presented on the net right now.

Not only the two protagonists of “In Bruges” return to act side by side: this new film is directed by the director and screenwriter of the 2008 cult movie, namely Martin McDonagh.
For those unfamiliar with it, the full Italian title is “In Bruges – The murderer’s conscience”. It is an irresistible mix of comedy, drama and gangster movies, set in the city of Bruges in Belgium.

It premiered at the 2008 Sundance Film Festival, earning a Golden Globe and a 2009 Oscar nomination for the screenplay. And Colin Farrell won a Golden Globe for Best Actor in a Comedy or Musical Film, while Martin McDonagh won a BAFTA for Best Original Screenplay.

“In Bruges” tells of two hit men played by Colin Farrell and Brendan Gleeson who – due to a bad shot – are exiled. To keep them safe and hidden until the air is bad anymore, the two must stay in the quiet and unsuspected town of Bruges. Their boss, the one who sends them there, is played by Ralph Fiennes.

But let’s get to this new test: “The Banshees of Inisherin”.
The film will have its world premiere in Venice 79. Not much is known about the plot, except that Farrell and Gleeson play two friends between whom a conflict will arise when one of them abruptly ends the relationship, with very serious consequences for both. Something that still remembers “In Bruges” …

You can watch the trailer for the movie “The Banshees of Inisherin” in the video you find at the top of this article.

The score is composed by Carter Burwell. Producing are McDonagh, Graham Broadbent and Peter Czernin of Blueprint Pictures, producers for Searchlight Pictures and Film4. The film was shot on the islands of Inishmore and Achill on the west coast of Ireland.

You can watch the trailer for the movie “The Banshees of Inisherin” in the video you find at the top of this article.