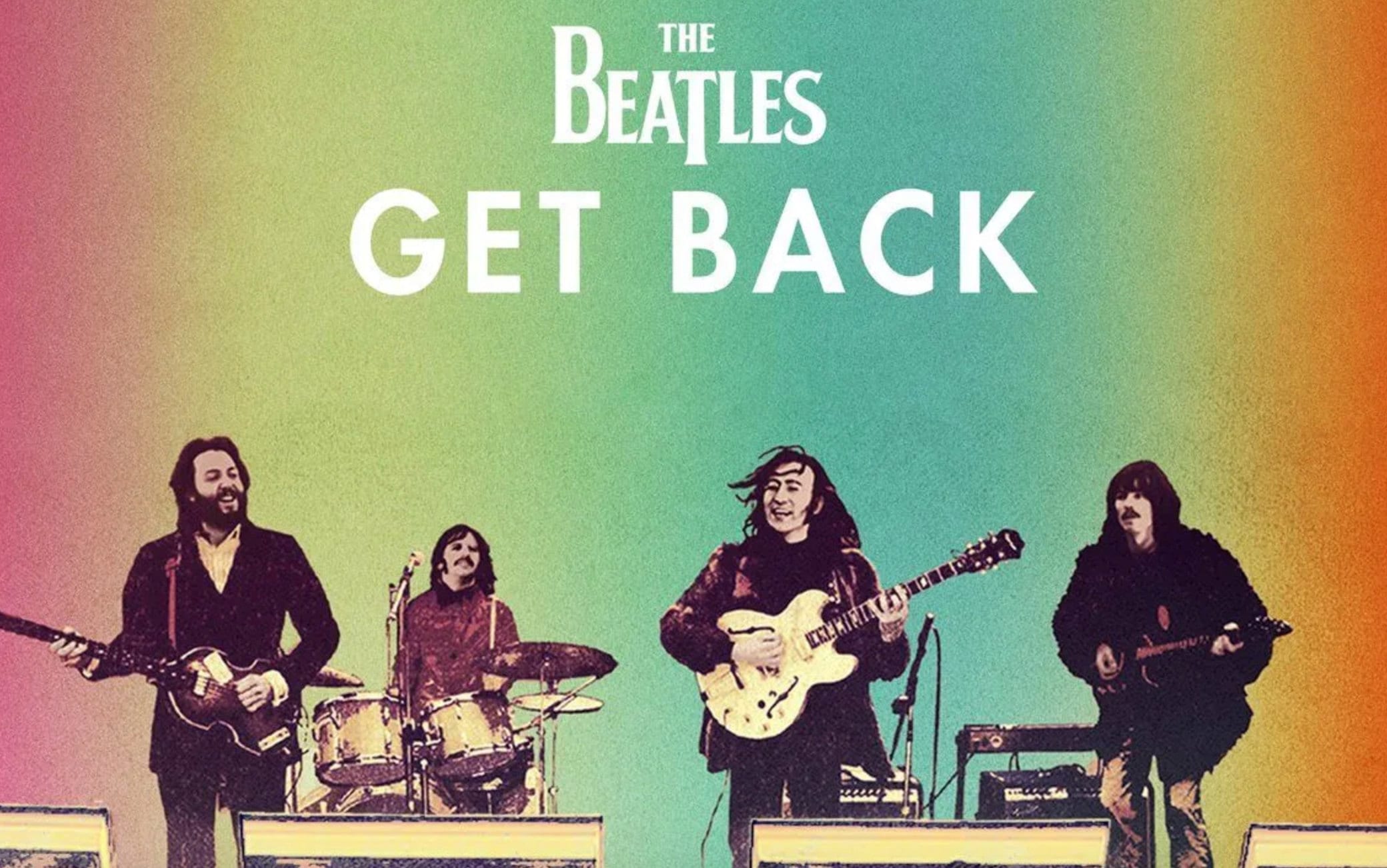 Several clips and the making of of The Beatles: Get Back, the docuseries that tells about the legendary Fab Four, available on Disney + (also visible on Sky Q and via the app on Now Smart Stick).

A documentary miniseries consisting of three episodes lasting more than two hours each that sees behind the camera nothing less than the New Zealand director who won 3 Oscars, Peter Jackson.

In addition to having a chapeau “sculptor” – who with his chisel offered us the “triptych” of The Lord of the Rings, to say – even the material to be modeled here is of a high, very high level: the docu-show was made entirely with videos in restored edits.
It is the result of studying 60 hours of unreleased footage and over 150 hours of never-before-heard audio recordings, making this miniseries a proverbial feast for the eyes but equally a delight for the ears.
It shows John, Paul, George and Ringo in the recording studio in January 1969, writing 14 new songs, not without tension between them … The archive material dated 1969 is set in the London recording studios while the group is writing and recording the tracks that will make up the album “Let it Be”.

The recording sessions were those in which the Fab Four had to move to prepare for the live concert that would see them take to a stage after more than two years. More than on a stage, on the roof since the concert will be a “live rooftop” …

The video and audio material was shot in 21 days by Michael Lindsay-Hogg, the American director who signed the documentary in 1968. The Rolling Stones Rock and Roll Circus to then shoot two years later the docu on the eternal rivals of the Stones, the Beatles in fact. In 1970 Lindsay-Hogg signed Let It Be – A day with the Beatles (Let It Be). It is precisely all the material not used in his documentary that is the clay modeled today by Peter Jackson.

A clay – or rather a marble, which is much more precious – in which there is no lack of veins of tension.
The tension is the fil rouge: it cuts with a knife and makes this docu-show also a kind of unreleased music-thriller in short. Will Lennon & Co. manage to meet the impossible deadline? Hindsight suggests yes, of course, but by looking at the three episodes of The Beatles: Get Back it seems that hindsight is not allowed in the screening, standing outside knocking on the door while we ask ourselves: “Will our heroes make it?”.

Faced with a deadline that calling impossible equates to being broad-handed, the strong bonds of friendship between John Lennon, Paul McCartney, George Harrison and Ringo Starr were put to the test, as this series shows us in a crystal clear way. But in truth this project has how mission that of “taking responsibility away” Let it Be, for decades considered the “responsible” for the dissolution of the group.

The Beatles: Get Back is directed by three-time Academy Award-winning director Peter Jackson (the trilogy of The Lord of the Rings, They Shall Not Grow Old (Forever Young).

The films and audio recordings of which it is composed are unpublished, never seen or heard before in all these years. Most of the material has been in a vault for more than half a century, and Peter Jackson is the only person in over fifty years to have had the chance to access this Beatles treasure.
To quote his famous trilogy, certainly Jackson entering the vault where the material was stored will have whispered: “My tesssoro“…

In the video of the making of of the docuseries (which you can look at at the bottom of this article) we hear Peter Jackson himself say that he is a huge fan of the series and, without ifs and buts, that the Beatles are “the greatest band of all time”. Other than “my card” then!

An intimate portrait of the Beatles

What emerges from The Beatles: Get Back is an unpublished portrait of the Beatles but not only because the films and audio recordings that are the basis of the project are unpublished: everything appears never seen before because it offers a new look at the four of Liverpool, frescoing them in an intimate way and showing how it was their friendship to act as a glue.

Although the group members were under pressure due to the impending deadline, their deep relationship saved goats and cabbages. Good humor and creative genius have accompanied the band throughout their ultra rosy career thanks to and in the name of that friendship.
But it was certainly not all roses and flowers, on the contrary: the relationships were put to the test but in the meantime all that tension led the Beatles to compose some of the songs that are today the most iconic in the history of music.

For the first time the full version of the last concert

The Beatles: Get Back shows the latest live performance of the Beatles, for the first time in full version.

Let’s talk about the legendary concert on the roof of Savile Row, in London.
In addition, we see John Lennon, Paul McCartney & Co. intent on writing and playing other famous songs, included in the last two albums of the group, namely Abbey Road And Let It Be.

It is important to remember that The Beatles: Get Back is based on restored unedited footage that includes explicit language, adult themes and depictions of smoking, which is why viewing is only recommended for adult audiences.

The Beatles: Get Back was released Thursday, November 25, 2021 on Disney +.
It is divided into three parts and tells the work of the historic album “Let it be”.

Archival material dated 1969 is set in the London recording studios while the group is writing and recording the tracks that will make up the legendary record. The reason for the title, which is nowhere to be read Let it be? The disc was originally supposed to be titled Get Back!

The greatness of this docuseries also lies in the fact of finally dispelling a doubt that has gripped the Beatles fans since they broke up: precisely to the production of the disc. Let it Be the quarrels, clashes and tensions that culminated in the breakup were attributed.

In fact, that was the last album by the Liverpool group, before it disbanded the following year, but a very different reality emerges from this miniseries for the first time. The relationship between the members of the Beatles was so strong and deep that, despite the small internal tensions that exist in any self-respecting family, the fun, joy, art and love that underlie their production did not they never failed.

We will see them step by step to compose 14 new songs to be officially presented at the famous “Rooftop Concert” by Saville Row, the first live show after more than two years of absence from the scene.

Below you can see the video of the making of The Beatles: Get Back: