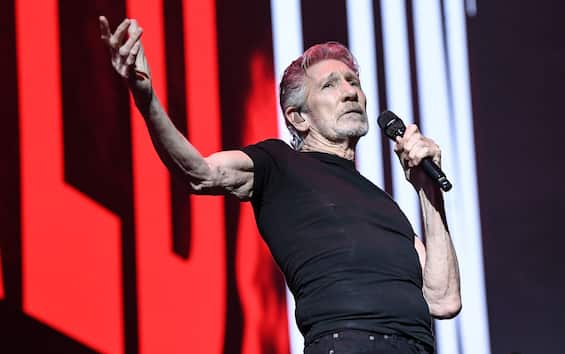 Roger Watersfull name George Roger Waters, is a British singer-songwriter, multi-instrumentalist and composer, famous co-founder of Pink Floyd, along with Syd Barrett (who will soon be succeeded by David Gilmour), Richard Wright and Nick Mason. He was the historical author of the group, until he left it in 1985 to pursue a solo career. Many i famous pieces from his repertoireboth from the Pink Floyd era and the solo era.

Wish you were here

Let’s start with one of Pink Floyd’s most famous songs, the fourth track from the album of the same name released on September 12, 1975. Written by Waters and David Gilmour, the piece is dedicated to the former frontman of the band, Syd Barrett, expelled from the group in 1968 due to mental problems caused by drug abuse. The song is inspired by the very last day that the group saw Barrett. “How I wish, how I wish you were here / We are just two lost souls / Swimming in a fish bowl / Year after year / Running over the same old ground / And as we found / The same old fears / I wish you were here” .

another Brick in the Wall

Another Brick in the Wall is a song divided into three parts and contained in the eleventh studio album The Wall, released November 30, 1979. Probably Pink Floyd’s most famous song, written by Roger Waters. More than a song, a hymn. Childhood trauma, anger, despair and a sense of emptiness are many, very heavy bricks that the protagonist of the story uses to build a wall around himpiece by piece. The first of the three parts tells the painful memory of a child who grew up without a father who died in the war, while the second refers to the unacceptable situations experienced at school. A protest chorus, sung by students of a music school, addresses the powerful: “We don’t need education / We don’t need thought control / Of dark sarcasm in the classroom / Masters, leave the children alone / Hey, teachers, leave them alone. peace the children “. “I wrote a story about my personal experience and how I isolated myself because I was afraid. Consequently, it was difficult for me to communicate with people, ”Waters said of the deeply autobiographical piece.

Another song written by Waters when he was a member of Pink Floyd. The song is included as a fourth track on their eighth album The Dark Side of the Moon (1973). The text deals with the passage of time. Waters came up with the idea when he realized that he was no longer in the process of preparing for life, but he was right in the middle of it, between the ages of 28 and 29. The song is known for its long introductory passage of clocks and alarm clocks ringing, sounds recorded in an antique shop.

Shine On You Crazy Diamond

The song was written by David Gilmour, Roger Waters and Richard Wright in 1974; this song is also dedicated to the former member of the band, Syd Barrett, who had left the group in 1968; the piece, divided into two parts and nine movements, lasts a total of 26 minutes and is the longest of the group. “Remember when you were young / You shone like the sun / You shine crazy diamond / Now there’s a look in your eyes / Like black holes in the sky / You shine crazy diamond”.

This song was written by Roger Waters and released in 1979 as the first song on the double album The Wall. The title, which can be figuratively translated into Italian as “in person?”, Or “in flesh and blood?”, Derives from the In the Flesh Tour, a series of concerts that the band did in 1977, during which Roger Waters, in a fit of anger, he spat at a fan who had thrown a bottle of beer at him; an episode that led Waters to reflect on the lack of communication between artist and audience, which would later give him the inspiration for the theme of the next album, The Wall.

Let’s talk now about The Pros and Cons of Hitch Hiking, Roger Waters’ first concept album after leaving Pink Floyd. The album takes place in real time from 04:30 to 05:11 in the morning, during which time a man goes into crisis, dreaming of committing adultery. The disc contains the 5.01 AM track. “An angel on a Harley / Comes up to greet a fellow wanderer / Puts his motorcycle on a stand / Leans back and then stretches out / A scarred and greasy hand, he said / Angel of Hell:” How are you brother? … where have you been? … where are you going? / ”Then he takes your hand In some strange Californian handshake / And it breaks your bones”.

The Tide Is Turning (After Live Aid)

This song is the eighth and final track of KAOS Radio., Roger Waters’ second solo album. Both this song and The powers that be of 1992 tell about the power of a Welsh boy who, with telepathy, can mentally connect to a radio station in Los Angeles and give a launch signal to all missile bases on the planet, which will destroy each other, freeing the world from military oppression. “I’m not saying the battle is won / But on Saturday night all those kids in the sun / Tore the technological sword / From the hands of the warlords.”