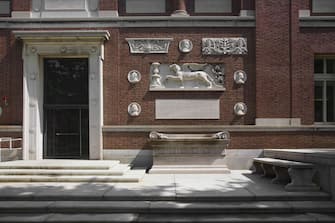 The University of Harvard it is located in Cambridge, Massachusetts, in the metropolitan area of ​​the city of Boston and, in the Cwur ranking, it is placed on the top step of the podium. The ranking, which lists the top 2,000 international universities out of about 20,000 polled, is based on 4 indicators: quality of education, employability, faculty quality and research of universities around the world

In second place is the Massachusetts Institute of Technology, one of the world’s leading research universities based in Cambridge, Massachusetts. 19,788 universities were ranked this year, and those that ranked at the top were placed on the Global 2000 list, which includes institutions of 96 countries

Here are the best universities in the world: Sapienza first for classical studies

L’Stanford University is a private university in the United States of America located in California, in Santa Clara County. In the Cwur ranking it ranks at third place

Obama and fake news: the former president against disinformation starts from Stanford

Worldwide, in fourth place is theCambridge University. Among other things, the study underlines that “COVID-19 is changing the way of teaching and research” and that Europe remains an important player with 30 institutions in the top 100 and 640 in the first 2000, but the general picture for 2022 it is grim with growing global competition

Best young universities in the world, there are 17 Italians. The ranking

In fifth place in the world rankings is theOxford universitythe oldest university in the Anglo-Saxon world.

LUniversity of Princeton occupies the sixth place in the ranking. Located in Princeton, New Jersey, it is one of the most prestigious universities in the United States and the world, a member of the Ivy League

L’University of Chicagoseventh in the world rankings, is a private university located in the Hyde Park neighborhood of Chicago

In eighth position theColumbia University, one of the most famous and prestigious in the world. It is a private US university located in New York and is part of the Ivy League

What is the Ivy League

In ninth place is theUniversity of Pennsylvania. It is located in Philadelphia and is commonly referred to as Penn or UPenn. Founded in 170, the university currently has around 4,500 professors, 10,000 full-time university students and as many students from professional and post-graduate schools

At the bottom of the world top 10 is the California Institute of Technology (or Caltech), a US private university based in the city of Pasadena

Wisdom is first among the Italian universities in the international ranking drawn up by the Cwur, confirming the 113th position worldwide and earning the 37th in Europe. “The Italian primacy of Sapienza is a prestigious and significant confirmation, obtained in a ranking based on solid objective criteria – comments the director Antonella Polimeni -, a recognition of the excellence and work of our entire community ”

Italian universities, the Anvur ranking of the best for research quality

L’University of Padua it is the second Italian university to appear in the world rankings and ranks 170th. “Although the results of this year’s rankings show that Italy has a good higher education system, further funding should be invested in education and research if the country aspires to increase its competitiveness on the global stage.” Thus Nadim Mahassen, president of the Center for World University Rankings, commented on the results of Italian universities

The third Italian university is theUniversity of Milan, 179th in the world rankings. “Since research is a key factor in evaluating the performance of national institutions – added Nadim Mahassen -, compared to their colleagues from all over the world, Italian universities will find it increasingly difficult to compete in the future with elite universities with a high intensity of research if the government does not increase spending on scientific research ”

The University is also in 181th place Alma Mater Studiorum of Bologna, active since the 11th century. It is considered the oldest university in the world still in operation