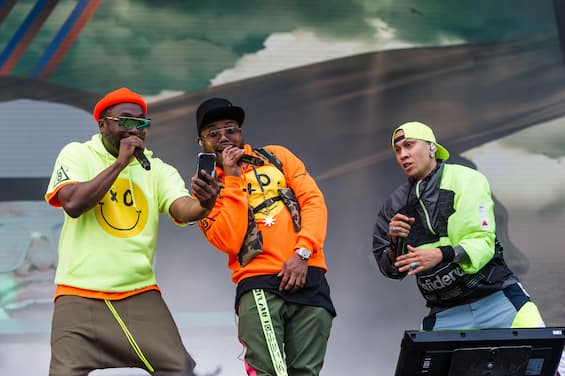 
For a couple of years the polar stars to follow for the black Eyed Peas there are basically two: the dance between the end of the nineties / beginning of the zero and the Latin sound. These two ingredients were already the basis of the DNA of Translationthe album of 2020, and should return in abundance in the next work as well Elevation of which Simply the Best represents the last extract.

Tina Turner has nothing to do with it

Simply the Best is a hybrid that confirms today’s trio’s passion for Latin rhythms. A clear inclination since the time of the successful reinterpretation of the classic bossa nova Mas que nada with Sergio Mendes. Back then it was 2006 and with Will.I.Am, Apl.De.Ap and Taboo there was still Fergie. The singer then left the group and, in the new single, to somehow replace her is the Latin pop star Anitta. Simply the Best it actually remembers the songs of the old BEPs but at the same time anticipates what, tracklist in hand, should be the plot of the next record: in addition to Anitta and El Alfa we find in the record many raggaeton superstars such as Daddy Yankee and Anuel AA. Then there are many artists who had already appeared in the previous one Translation (think of Ozuna or Shakira) in an album that seems to want to continue an evolutionary path with fairly clear outlines. The Black Eyed Peas now follow a well-traced path, adding from time to time small big elements of novelty to enliven everything a little (such as the participation of tiktoker Bella Poarch in Filipino Queen).

In Elevation the Black Eyed Peas promise to find many friends, as mentioned, and Anitta certainly belongs to that magic circle of artists with which the trio is now perfectly suited. Before working together with Simply the Best, the Brazilian pop star and the legendary pop band had already duet in eXplosion, a great success capable of garnering 41 million views on Youtube to date. The song was announced during an unforgettable concert at Rock in Rio in 2019, in which Anitta convinced the Black Eyed Peas to let them sing. Don’t Lie, his favorite song that the boys had decided not to perform live anymore. By now the friendship is so strong that all the protagonists of this story write a new chapter together, Simply the Bestwhich also makes use of the rap of El Alfa. The song is really special because it moves between the singing of Anitta, the Latin rap of the Dominican MC and a beginning that shamelessly quotes the dance hymn of the end of the millennium Get Get Down by Paul Johnson. The result is a perfect “party” song imbued with an almost sadly vintage optimism. As Will.I.Am said in presenting his new song: “To enjoy life you have to live in the present… going beyond stress or tragedy. You have to be aware that life itself is ‘Simply The Best’ ”. It will be trivial but every now and then someone has to remind us.