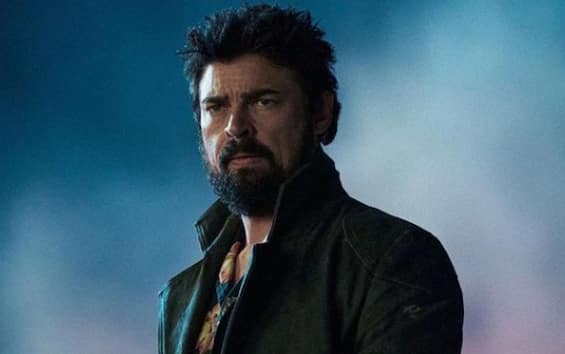 On Friday 3 June the Amazon Prime platform published the first three episodes of the third season of The Boys. Composed by eight episodes, the fourth was released on Friday 10 June and the fifth on Friday 17 June, with the last episode scheduled for 8 July. 48 hours after the sixth episode, available on Friday 24 April, a brief preview of what promises to be the most controversial episode of the third season, entitled Herogasm and that leaves very little room for interpretation. The Boys episodes are also visible on Sky Q and via the app on Now Smart Stick.

The advances on the episode Herogasm

In the few seconds that are shown in the short preview video of the episode Herogasm, it is clear that it will not be an episode like the others. In fact, the production warns that the episode “will not be suitable for any audience”, adding that there will be “scenes with sexual references and vulgar dialogue with profanity”. Indeed, to further publicize the episode Herogasma line of “adult” games based on the TV series was also launched The Boys. Speaking of this episode, Jack Quaidone of the main protagonists he plays Hughie Campbell said: “We have remained very loyal to the comic. I can’t say much more about this episode, part of his masterpiece is understanding what exactly it means. It will go in directions that no one could ever expect ”. Erik Kripkeone of the showrunners of The Boyshowever, revealed in advance that Soldier Boy and Homelander they won’t have any sexual encounters: “That part of the story has been eliminated.” Fans, however, are waiting to see how the production will adapt one of the comic’s most controversial episodes to the small screen. In Herogasmin fact, the superheroes of Vought fly to an island for a party where they give vent to all their fantasies. It remains to be understood how much will actually be shown in the episode of Friday 24 June.

The plot of The Boys

Three seasons of The Boys, all of 8 episodes each. The events feature a group of heroes who, contrary to what is expected, are managed like stars by the multinational Vought. In addition to employing them, as is normal, in rescue operations, the company also uses their employee-heroes for mere marketing operations, with the aim of making as much profit as possible. Vought’s most famous heroes are the Sevendriven by Patriot. But who are The Boys then? They are born by Billy Butcher that, having approached Hughie Campbellshocked by the death of his fiancée by A-Train of the Seven, is enlisted by Butcher to join the The Boys with the aim of punishing the Supers for their crimes. We remember that The Boys it won’t end this year because a fourth season has already been announced.