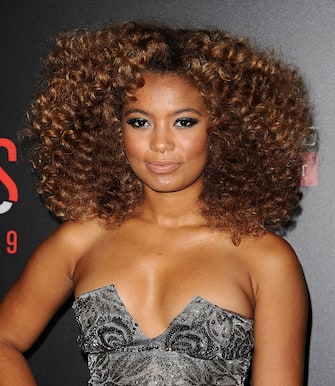 Jaz Sinclair is the actress who became known for her participation in the television series Chilling Adventures of Sabrina. She will be in the cast of Gen Vthe Amazon Prime Video spin-off series that was born as an offshoot of the hit show The Boys

Gen V, the trailer of the spin-off of The Boys

In the TV series coming in 2023, Gen VJaz Sinclair plays the character of Marie Moreau

Gen V, the first images of the spin-off of The Boys. The trailer

Patrick Schwarzenegger, son of the famous Arnold, is another of the cast members of Gen V. The show will arrive in 2023 and will connect to the original story because the world of reference will be the same, and there will also be the presence of some recurring characters from The Boys

VIDEO The Boys 4, everything we know

Patrick Schwarzennegger stars as the Golden Boy. The trailer, released recently, would seem to confirm that the rate of violence and blood will be quite in line with what is the common thread in The Boys

VIDEO “The Boys”, 5 curiosities about the TV series

Lizzie Broadway is the actress who plays the character of Emma Shaw in the TV series Gen Z. Here we see her together with her colleague (and partner, until 2019) Tenner Buchanan

The Boys meets the MCU in a crossover video on Youtube

Sean Patrick Thomas is part of the cast of the highly anticipated television series. While violence and blood are basically the same as in the original series (The Boys), this first video suggests instead that the tone of Gen V it will be more tending towards something serious, although it is still early to establish with certainty

Sean Patrick Thomas plays the role of Polarity. Gen V tells numerous stories lived by as many characters, setting it all at Godolkin University, a college specializing in the education of superhumans. This school was built and is still operated by Vought

In the cast there is also Marco Pigossi, Brazilian actor, film producer and ex swimmer, known for playing the role of Fabio in the series High Seas (High Seas) and that of Eric in the series Invisible City (Cidade Invisível)

Marco Pigossi in the series Gen V plays Dr. Edison Cardosa. As for the characters in this spin off, we note a lowering of the average age compared to The Boyshowever the teen factor would not seem to leave out bloody murders, violence and gory facts, in addition to the usual absurd powers and occult machinations

Chance Perdomo is also one of the cast members. Notable characters from the main series returning to this spin-off include A-Train (Jessie T. Usher), Ashley Barrett (Colby Minifie), and Adam Bourke (PJ Byrne).

Maddie Phillips is one of the actresses that we will see in the series. She is one of the new cast members, along with Jaz Sinclair, Patrick Schwarzenegger, Clancy Brown, Chance Perdomo, Jason Ritter, Alexander Calvert, Shelley Conn, Lizze Broadway, London Thor, Derek Luh, Asa Germann, Sean Patrick Thomas and Marco Pigossi

Derek Luh is another of the actors in the cast of Gen V The first taste of the series that landed on the net in the past few hours shows another oddity that we will see in the series: there are Muppets-style puppets

Derek Luh, one of the cast members. For now there is no official release date for Gen Vbut the arrival of the series on Amazon Prime Video is scheduled for 2023

Derek Luh, one of the actors of Gen V. The spin off series is expected in 2023. And in the same year it is likely to arrive as well The Boys 4as Karl Urban himself (who plays Billy Butcher in The Boys)

Derek Luh will be one of the actors to have a recurring role in the series. Derek James Luh is an American hip-hop artist, songwriter, and actor. Luh was signed to Mark Battle’s label Fly America, toured with Machine Gun Kelly, and collaborated with French Montana and Dizzy Wright, among other things