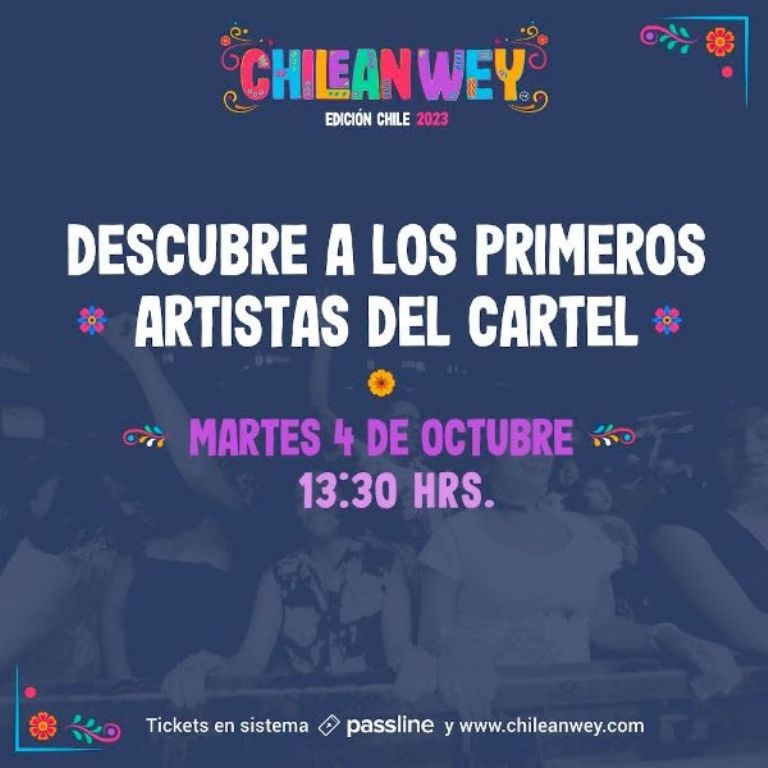 The celebration of friendship and cultural exchange between two nations separated by thousands of kilometers: Mexico Y Chilireaches national territory to continue spreading the party.

It will be the month of February that you will receive Chilean Wey Chile in two locations: Mapocho Station in Santiago, set for the February 24 and 25Y Municipal Gym of Concepción for February 26where they will replicate the experience of their Mexican version, held at the Pepsi Center WTC of the Mexico Citywhere it brought together more than 5 thousand people and had 20 musical projects, among which were consolidated names and new projects.

“Chilean Wey was a total success in its Mexican version, we have managed to carry out this first Chilean music festival in Mexico in a massive way, a necessary festival was positioned and that convenes, delivering an experience that has left the public very happy, the artists and the technical team, the latter were 30 professionals from both countries who demonstrated that it is possible to work bilaterally and as a team, demonstrating that a new internationalization platform for Chilean music can be created” – says Claudia Pereira, director of the festival.

“We have already installed the Chilean Wey brand in Mexico and in Chile it already has recognition, now we are already working on the Chilean version where we will receive Mexicans in our lands and at the same time planning the return to the Aztec country next year.

What it intends is to be a work bridge and a cultural and musical corridor, which contributes to the reactivation of the industry and that values ​​music and other arts workers, providing professional working conditions.– adds Claudia.

The poster for the Chilean version will be unveiled on Tuesday, October 4 at noon, and the tickets for Advance Sale with discount is already available in system pass line. 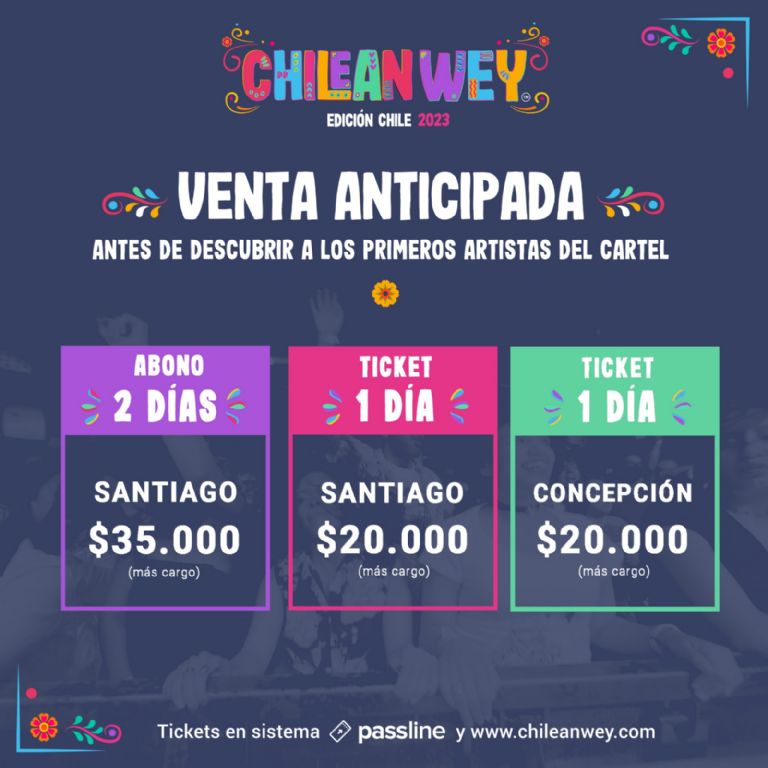