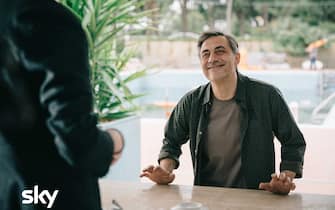 The appointment with the yellow-tinged comedies of I delitti del BarLume is back and the historical characters who have made this series famous, now in its tenth season, are back

Sky schedules, the faces of the next season of cinema and PHOTO series

Sky schedules, the protagonists of next season’s shows PHOTOS

Petra, the second season arrives. From 21 September on Sky and NOW

The Crimes of the Glimmer; Enrica Guidi, between art, sweets and ideograms

The TV series ‘I delitti del BarLume’, produced by Palomar, tells the stories inspired by the world of Marco Malvaldi’s novels, published by Sellerio Editore.

The Crimes of the Glimmer, the trailer of the new stories aired in 2022