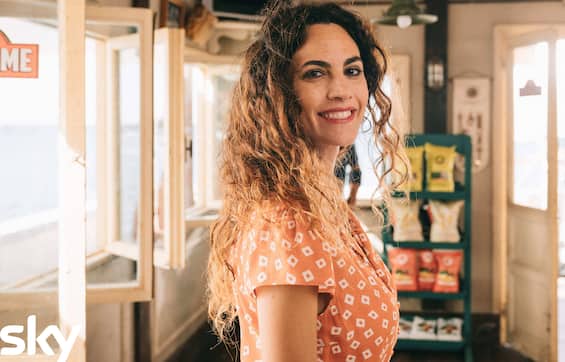 The trailer for the new de stories was released today THE CRIMES OF THE GLIMMERproduction Sky Original co-produced with Palomarwhich will return exclusively on Sky Cinema and streaming only on NOW from 9 January 2023 for three Mondays. Born ten years ago, in 2013, the yellow-tinged comedies of I delitti del BarLume will reach their tenth season this year and for the occasion there will be well three new stories: “Guess who?”, “Paradise Resort” and “And then zumba!”.

Directed by confirmed Roan Johnson (who is also a creative producer of the stories), this year joined by Milena Cocozzaas well as the historical characters who made the “BarLume” famous: Philip Timi still plays the role of Massimo Viviani, Lucia Mascino those of Commissioner Fusco, Enrico Guidi it’s the Tizi, the “old men” Alexander Welcome (emo), Marcellus Marziali (Gino), Atos Davini (Pylades), Massimo Paganelli (Aldo), while Enrico Guidi it’s the barmaid Tizi, Conrad Guzzanti is Paolo Pasquali, an insurer of Venetian origins, e Stephen Fresi is Beppe Battaglia, Massimo’s half-brother. Even the new chapters are freely inspired by the world of the series “The crimes of the BarLume” by Marco Malvaldi, published in Italy by Sellerio Editore.

But what will happen in the imaginary town of Pineta (as always set in Marciana Marina, on the Island of Elba)? Nine months have passed since Beppe’s incautious sperm breached an unsuspecting Guazzelli’s egg in a refrigerated van. Beppe and Tizi are finally a family! Everything is fine? Obviously not, because first the building manager and then the pediatrician are killed. Fusco should take care of fixing everything, but her heart is broken by a mysterious infiltrator who seduced and abandoned her. As if that weren’t enough Pasquali has decided to run for mayor of Pineta and the old men are desperate because Massimo has been kidnapped by a new flame and Marchino has left the BarLume for a luxury resort where he will finally become rich. Or maybe not.