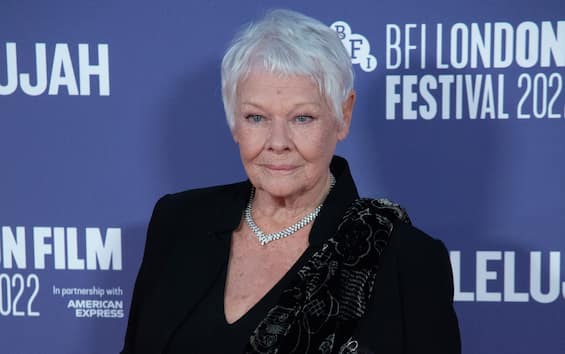 Judi Dench vs. The Crown. The famous actress, a very good friend of the queen consort Camilla, has spoken very harsh words against the TV series that tells the recent history of the English royal house. Here’s what she stated in one open letter to the Times.

In criticizing The Crown, Judi Dench followed the words of the former British Prime Minister John Major, who called the series a “series of nonsense” after it was announced that in season five there would be a scene in which Charles proposes a plan to Major Queen Elizabeth II to abdicate. “John Major is not alone in fear that the latest series of The Crown present a inaccurate and offensive report of the story – Dench wrote in the Times – Considering some of the ferocious cues that appear to be contained in the new season of the series – for example, that King Charles plotted for his mother to abdicate, or that he once suggested that his mother’s upbringing was so lacking that it deserved jail – this is it cruelly unfair towards individuals and harmful to the institution they represent ”. The famous English actress, 87, is a Dama di Commenda of the Order of the British Empire and great friend of King Charles III and Camilla Parker Bowles, the queen consort. The fear of her is that the new episodes may make viewers think that the one represented is the true reproduction of what happened. “As the drama gets closer to the present day, the more loosely it seems that the producers are taking it artistic licenses in the name of sensationalismWrote Dench. Speaking of Netflix, the actress suggested the insertion of a sign at the beginning of each episode that warns that the facts narrated are the fruit of the authors’ imagination. “She should place a warning at the beginning of each episode out of respect for a sovereign who has served her people for 70 years. Only in this way could she maintain her reputation in the eyes of British subscribers ”. Also within the royal house there would be concern as narrated in The Crown. According to reports from the Daily Telegraph, a newspaper considered close to the royal family, the decision to show a “no-quarter war” between Charles and Diana would worry the Palace. Netflix’s answer did not wait: “The Crown is a drama based on historical events. The fifth series is a fictionalized dramatization in which you imagine what could have happened behind the doors of the Palace during an important and well-documented decade by journalists, biographers and historians for the Royal Family, ”the streaming platform said.

The fifth season of The Crown put the spotlight on early nineties and the darkest days for the British Crown before Diana’s death. The cast of the new season is completely renewed. There are Elizabeth Debicki as Diana, Imelda Staunton in those of Queen Elizabeth, Jonathan Pryce in the role of Philip and Lesley Manville in that of Margaret. And then again Olivia Williams (Camilla), Senan West (William) and Khalid Abdalla (Dodi Al-Fayed). The Crown is created and written by Peter Morgan. Executive producers are Peter Morgan, Suzanne Mackie, Andy Harries, Stephen Daldry, Matthew Byam Shaw, Robert Fox and Jessica Hobbs. The series will be available November 9 on Netflixalso visible on Sky Q and via the app on Now Smart Stick.