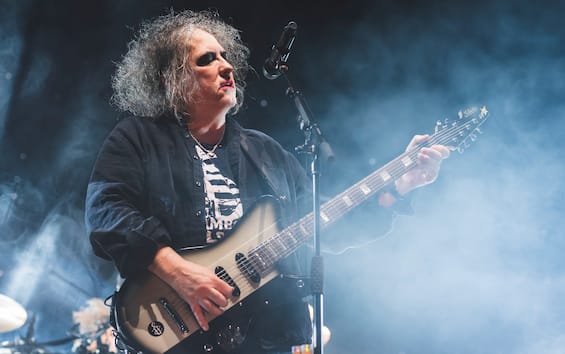 The leader of the group will host the listening party on Twitter, bringing (virtually but no less intensely) all the followers and users of the social network into the backstage of their next live. They will be hosting a themed party, which will be held after their concert in Amsterdam next week.

The listening party is therefore scheduled for Friday 25 November at 11 pm in the Greenwich Mean Time time zone (therefore at midnight for us, since our time zone is an hour later). You can follow the party on Twitter, looking for posts that contain the hashtag #WishListeningParty.

Smith will lead commentary on the social network, introducing their classic album first-hand, Wishbackstage at their upcoming show, to be held at the Ziggo Dome in Amsterdam.

Wish, a milestone of music

Published in 1992, Wish is the ninth studio album by the Cure. Contains the singles Friday I’m In Love, High And A Letter To Elise. It reached number one on the UK Albums Chart and number two on the US Billboard 200.

The frontman of the Charlatans, Tim Burgess, speaking with the US magazine NME said: “I went to see the Cure in 1984 and it remains one of my favorite concerts ever. I fell in love with ‘Wish’ when it came out and still play it regularly – amazing that it was released 30 years ago. Having Robert Smith host a Listening Party is a dream come true – to think he’s doing it in their dressing room, after a show, is mind blowing.”

The reissue of Wish

This summer The Cure announced a reissue of Wish for the 30th anniversary. A highly anticipated version of the disc will then arrive, containing 24 unreleased tracks.
The band kicked off their 2022 world tour in Latvia last month, showcasing their new tracks halo And Endsong. In addition to these new songs, the live performances of the new tour also feature new songs such as And Nothing Is Forever, I Can Never Say Goodbye And A Fragile Thing.

All of these new tracks offer a taste of what to expect from the upcoming new album. Let’s not talk about the reissue of Wish But say Songs Of A Lost Worldthe band’s 14th studio album, which is due out by the end of 2022. Robert Smith said it was “almost done” in May, as Hollie Geraghty reports on NME.

It’s at NME the Cure frontman said that Songs Of A Lost World “essentially it’s a 12-track album, it’s there, it’s kind of half mixed half done. It is a strange thing. It has evolved over the past couple of years. It wasn’t always a good thing to be left alone with it. You tease it, like teasing the seams, and it all falls apart. Well worth the wait. I think it’s the best thing we’ve done, but then I’d say it. I’m not like Oasis when I say, ‘IT’S THE BEST FOOKIN’ ALBUM’. Many songs are difficult to sing, which is why it took me a while.”

The Cure are currently touring the UK and Europe. Below you will find the remaining dates of the tour.