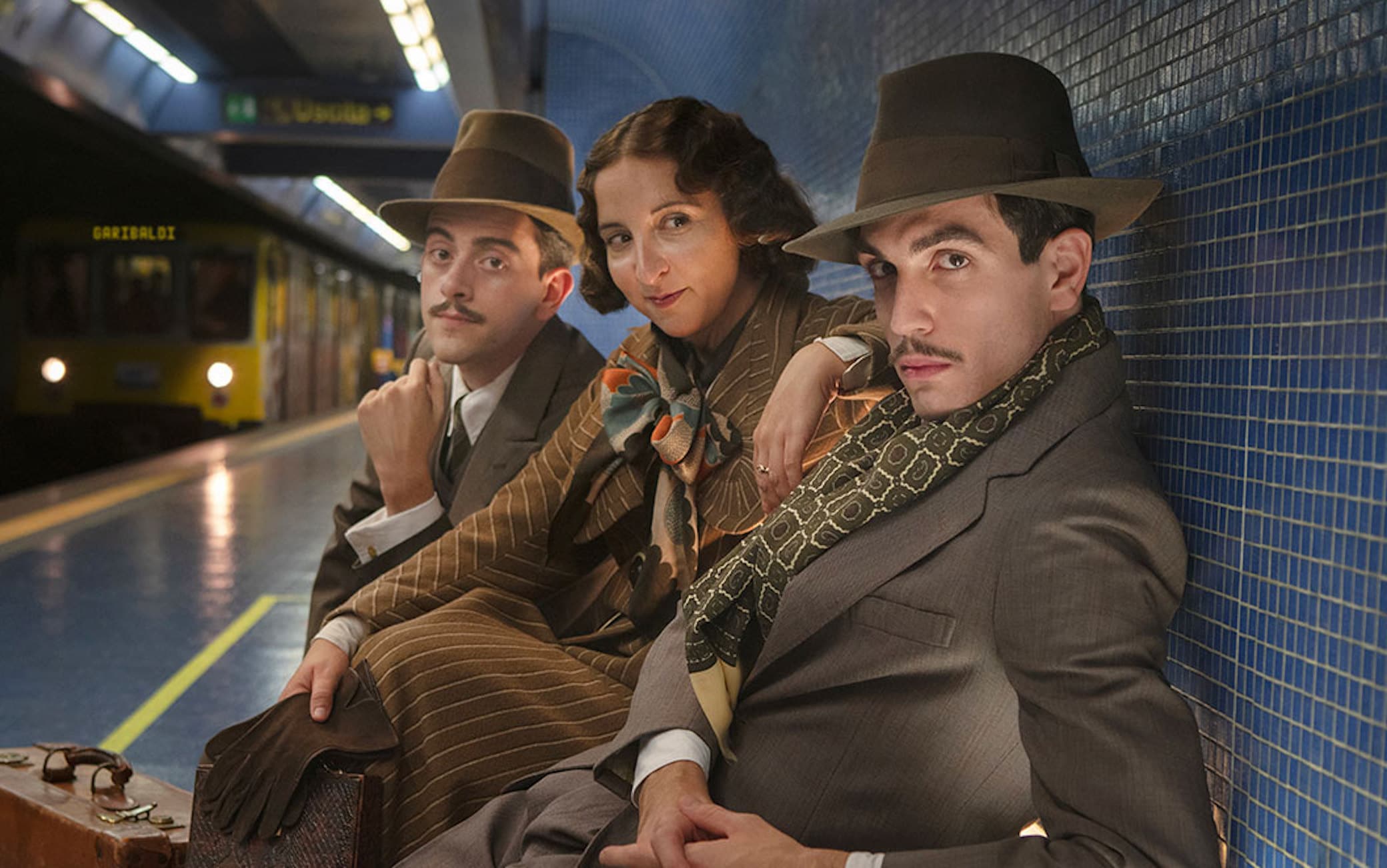 The official trailer for de The De Filippo Brothers, the new film by Sergio Rubini that tells the story of the most famous trio of blood relatives in the 20th century Italian theater and show business.
These are three characters not in search of an author, remaining on the subject of theater, but rather in search of a father, in the sense that the brothers named were the illegitimate children of Eduardo Scarpetta. The most acclaimed playwright and actor of his time left nothing to his offspring. If not a huge talent.

The names and above all the surname of this trio are second only to the fame of the father of whom they were illegitimate heirs. And in fact no heirs, “ahiloro”…

The beauty of the film directed by the actor, director and screenwriter from Bari is that it tells the story of a family wound that cannot heal and that, in order to be somehow burned, exorcised, patched and closed, it turned into art.
That art that often manages to be therapeutic for more than years and years of analysis and psychotherapy. Allowing those who celebrate the cult to make peace with their monsters, even turning them into muses.

As the trailer itself reveals, The De Filippo Brothers it will be released in theaters next December for only three days. On 13th, 14th and 15th December the film that tells the story of Eduardo and his brothers will be seen in the hall, following them as if they were rock stars ante litteram.

Peppino, Titina and Eduardo are interpreted on the set respectively by the actors Domenico Pinelli, Anna Ferraioli Ravel and Mario Autore.

The De Filipp Brothersor it was recently presented with success at the last Rome Film Fest, where it received the acclaim of the public and critics.

You can watch the official trailer of Sergio Rubini’s film, “I Fratelli De Filippo”, in the video you find at the top of this article.

It will arrive in Italian cinemas on 13, 14 and 15 December, distributed by 01 Distribution.

Rubini is also the author of the story and the screenplay, together with Carla Cavalluzzi and Angelo Pasquini.

What he tells is a coming-of-age story, an existential journey that also turns out to be a process for redemption. The film follows the life and career of the three De Filippo brothers step by step, starting with the formation of the trio after years in which Eduardo and the others tried to inaugurate it, facing many problems, difficulties and conflicts.

In addition to the three protagonists Domenico Pinelli, Anna Ferraioli Ravel and Mario Autore, respectively engaged in the roles of Peppino, Titina and Eduardo, we also find in the cast Biagio Izzo in the role of Vincenzo, son of Eduardo Scarpetta.
The latter is played by Giancarlo Giannini.

The De Filippo brothers is set during the early twentieth century.

Peppino, Titina and Eduardo are three brothers who live in Naples with their mother, Luisa De Filippo.

The father is Eduardo Scarpetta, absent because he is the uncle of his mother, a famous playwright and actor who at the time was considered a real star.
Although the three are not legitimate children of Scarpetta (for this reason their surname is the maternal one, De Filippo), their father recognizes them and introduces them to the world of theater – which he dominates – making them take their first steps on the stage since these were children.
But the bond that the father establishes with the children will not prove to be strong enough for the society of that time: when Scarpetta dies, in fact, only the legitimate children will receive the paternal inheritance, while nothing will go to the three De Filippo. If not the enormous talent that his father leaves him.

That inheritance is something even more important than the material inheritance that legitimate offspring share. Thanks to that gift, the trio of brothers will overcome conflicts and shock, join forces and decide to follow in their father’s footsteps. They will thus transform their life into art, creating their own huge fortune.

“It is the beginning of the twentieth century, the three brothers Peppino, Titina and Eduardo, live with their beautiful and young mother, Luisa De Filippo. There is no father in the family, or rather he hides in the role of ‘uncle’ Eduardo Scarpetta, the most famous, rich and acclaimed actor and playwright of his time. Scarpetta, while not recognizing the three natural children, introduced them to the world of theater as children. On the death of the great actor, his legitimate children share his inheritance, while Titina, Eduardo and Peppino are entitled to nothing. To the three young men, however, ‘uncle’ Scarpetta passed on a special gift, his great talent, which instead did not touch his legitimate son Vincenzo, also an actor and playwright, who became the owner of his father’s company. The redemption from the painful family history passes through the formation of the De Filippo trio, a dream cherished for years by Eduardo and his brothers and finally realized, overcoming difficulties and conflicts. That of the De Filippo is the story of a family wound that turns into art. And of three young people who, by joining forces, give life to a completely new way of telling reality with an eye that reaches the future “. These are the words of the official presentation of the film.