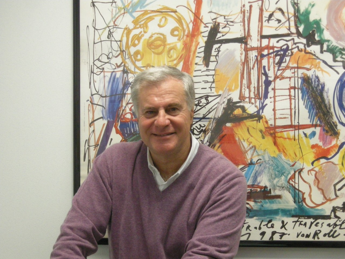 The large-scale protection of fertility requires an integrated strategy, to counter in the short, medium and long term the emergency of the birth rate that sees Italy lagging behind among Western countries. It is a 360-degree analysis that will be conducted during the Cecos Italia National Congress “Fertility care: prevention, donation, preservation”, Congress to be held in Palermo on 19 and 20 November at the NH Hotel. “We have invited prestigious experts for a meeting that, taking up the ranks of the history of the Association, aims to look to the future”, underlines the national President of Cecos Italia Adolfo Allegra, a distinguished gynecologist from Palermo.

In fact, Cecosa Italia was born in 1984 as an association of Centers which, “in a time without norms”, were already carrying out cryopreservation of donated spermatozoa for the execution of heterologous techniques, while respecting a self-regulatory code. There are many known and lesser known causes that undermine fertility, affecting both a social macro dimension and the microcosm of the couple and individuals. On the one hand, the changing social needs push to postpone parenting projects, on the other hand lifestyles and environmental risks compromise the reproductive capacity. The decline in births now represents a real, new, great problem in our country which is already appreciable in terms of demographic development.

“The phenomenon of the” Baby sboom “- as, paraphrasing and reversing what happened in the 60s, Allegra highlights – in Italy is sadly on the rise. The latest data on births show a constant decrease in new born. Even if 2021 does not it is still concluded, it is clear that our country has been experiencing structural malaise for years, which can make us talk about an emergency birth “. The belief that the decrease in the birth rate recorded in recent years in our country has well-defined causes, difficult to resolve and destined, in the near future, to worsen the situation more and more is increasingly credited.

“In 2019 – continues Allegra – the number of births per woman was 1.27 when only in 2008 it was 1.45. Italy is also the country of Europe with the most advanced average age of women at first birth. (32.2 years). In 2019 in our country the deceased were 33.8% more than the new born! So – underlines Adolfo Allegra – there is a lot to do; first of all we need to prevent infertility by promoting culture of “childbearing”. In fact, after the age of 35, it becomes more and more difficult for a woman to conceive spontaneously. The dramatic demographic decline and the postponement of the average age of first conception mentioned above, give the prevention of infertility an increasingly role important. And if fertility has a time, it’s time to think about fertility. Fertility is good, let’s take care of it. “

“Assisted procreation (MAP) can in many cases help couples with an infertility problem but it must be clarified”, Allegra points out, “which does not solve all infertility conditions in a thaumaturgical way and among these, first of all, it cannot solving the “problem” of a woman’s advanced age. But what is lacking in our country, which is also a land of medical and scientific excellence, is the full application of the rules as well as respect for civil rights. Italian couples who need access to procreation medically assisted must, in almost all regions of our country, bear huge costs “.

Another central theme of the Congress will be that of the donation of gametes. The sentence of the Constitutional Court n. 162 of 2014 which canceled the ban on the execution of heterologous techniques, sanctioned by law 40 of 2004, together with the geometric increase in the number of couples who need these techniques, has made the problem of finding donors in our country mandatory and therefore the promotion of the “culture of donation”. The donation can be of oocytes and / or spermatozoa. At the moment heterologous fertilization in Italy is reserved only for married or cohabiting heterosexual couples diagnosed with infertility or with particular infectious or genetic problems. Non-heterosexual couples and single women cannot access treatment. “Donating – says Allegra – is a voluntary, supportive and altruistic act, carried out by a healthy person to help couples affected by infertility problems to make their dream of becoming parents a reality. Since heterologous is legal in Italy, according to a geometric model, the couples who use it have increased (mainly oocyte donation), in 2015 the egg donation cycles in our country were 1,308 and in 2018 (the last year for which the data are available) they were 5,981! Unfortunately, most of the donations of eggs or sperm (95%) come from abroad. In Italy, in fact, not only is there a lack of a culture of donation that does not allow an adequate response to the ever-increasing demand for gametes, but no reimbursement is allowed. to donors (as is the case in all EU countries) the number of women we are willing to donate is practically nil “.

Furthermore, the postponement of the average age of first conception has led to an increasing demand by women for cryopreservation of their eggs at an age of high fertility (between 25 and 33 years). The purpose is to be able to eventually use the oocytes, previously frozen and preserved, at a later time in one’s life. Finally, the great improvements in the survival rates of young cancer patients lead to an increasing demand for cryopreservation of gametes and sometimes also of embryos in cancer patients who have to undergo chemo and / or radiotherapy treatments and who wish, after the completion of the therapy ( which often involves exhaustion of the reproductive function), being able to have a baby with previously preserved gametes.

“In Palermo – Allegra assures us – we will deal with all these issues and we will do it with prestigious speakers who have the utmost competence on individual topics”.