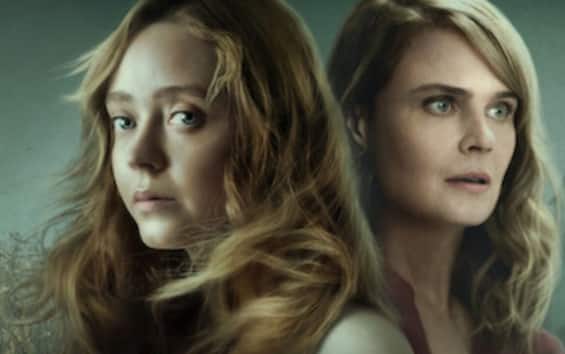 On Netflix (also visible on Sky Q and via the app on Now Smart Stick) it is available The devil in Ohio, a new, disturbing series inspired by the homonymous book by Daria Polatin, which in turn is based on a true story. Here’s everything you need to know.

The devil in Ohiothe plot

The plot de The devil in Ohio revolves around Suzanne Mathis, a hospital psychiatrist who runs into young Mae, a mysterious teenager who appears to have escaped a dangerous sect. Suzanne offers to protect her and hosts her at her home, ignoring the consequences of her choice. One of Suzanne’s three daughters suspects that the girl is hiding something, and suddenly strange incidents begin to happen in the woman’s family, which seem to have been caused by Mae. Aided by a local police detective, the psychiatrist tries to unravel what is hidden in the girl’s past and what were the events that led her to flee her city.

The devil in Ohioa true story

The book from which the series is based is inspired by a story true happened in Ohio. “My producer friend Rachel Miller told me about it – revealed the author, Daria Polatin – Much of what I tell really happened but I will never say where and to whom“. Real references mingle with fantasy, so much so that Polatin has devised an imaginary religious sect in the series. “The writers and I have studied all kinds of sect. We tried to understand how they worked and how they manipulated people’s minds. From there we have created our own sect using ideas coming from different cults “, explained the writer, specifying that she had given rise to an invented ideology, and even wrote a part of the Book of Covenantsthe biblical text to which the imaginary sect refers ”.